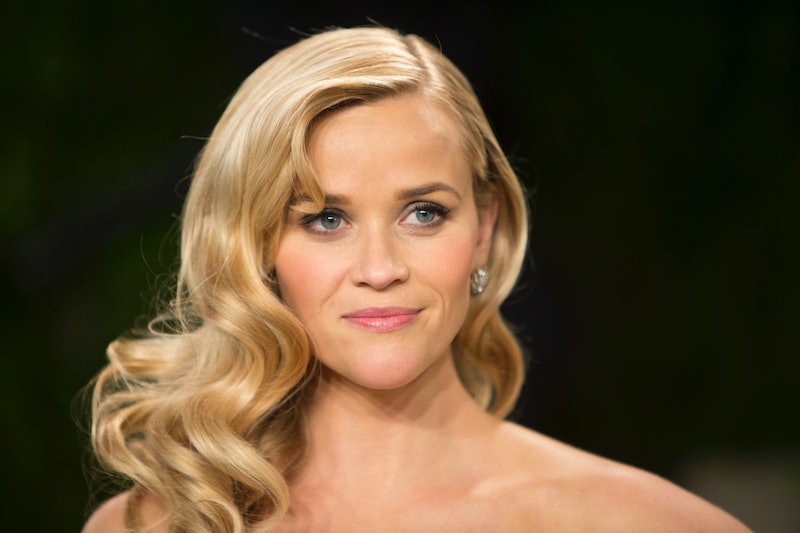 You've probably heard the awesome news by now that Reese Witherspoon and Nicole Kidman's new miniseries, Big Little Lies , has landed in HBO. The limited run show, written and produced by the legendary David E. Kelly, had been commissioned last year but only just found its home on the premium cable network this week, which is pretty good news for fans of the actress — and of great stories in general — because there's no doubt it's going to be amazing. And while Witherspoon and Kidman are best known for their work on the big screen, this switch (however temporary it may be) to our TVs may be their smartest move yet.

Big Little Lies, based on the book of the same name by Liane Moriarty, follows the lives of three mothers of kindergarten students who become entangled after a major event in their children's classroom leads to extreme consequences — and by "extreme consequences", I mean "murder". If that doesn't sound good, I don't know what does. Witherspoon's and Kidman's involvement in the project should speak to the power of the script, given that neither of these women go for just any old movie. The wonderful thing is, while watching one of their films is rewarding in its own way, seeing them in a serial drama that has the chance to unfold over multiple episodes will give us ample time to appreciate the nuances not only of the story, but of the actresses themselves.

They can delve deeper into the script

Sure, a movie script is massive, but a miniseries script is... well, multiple scripts. Each episode is like its own film, and both Kidman and Witherspoon will be able to uncover new and unique nuacnes within the scripts since they get to spend a bit more time with them.

Viewers will have more time to digest the story

One would assume that the miniseries will be spread over several weeks, or at least several days, giving us more of a chance to fully take in the elements of the story (and the actors' performances!) and be thoughtful about the material we're presented with. Of course, this will make Kidman and Witherspoon more vulnerable, really, since their performances will stay with us much longer, but I think that's a gamble they'd be happy to take.

TV's just as respectable as film these days

I feel like a lot of movie stars used to look down on TV as a lesser medium, but that hasn't been the case for a pretty long time now, and the big and small screens are on a pretty even keel these days, and for good reason — TV does some amazing, high quality stuff.

All the big movie stars are doing it

Now that TV has really proven itself, particularly on the pay networks like HBO and Showtime, movie stars have been keen to make the jump to the small screen as TV can be a steadier job if a series lasts several years, compared to a movie that's completed in months. Hollywood is a bit of a "get in where you fit in" game, so Witherspoon and Kidman were smart to dabble in smaller projects, as well, since it'll keep their future options open.

It's a new style of drama for both women

Both Kidman and Witherspoon have done dozens of movies, all with extremely different storylines, but this literary adaptation is something neither woman has done before. I also love the idea of Witherspoon and Kidman in the same movie, as they're both very different actresses with starkly different movie "personalities", if you will. Big Little Lies is bound to bring out some interesting aspects in both of them.

They can connect to a new — and wider — audience

Sure, everyone goes to the movies, but given ticket prices these days, most people only shell out for movies they're SURE they want to see. However, plenty of us have cable TV, and/or services like HBO Go, meaning way more people will be able to check the miniseries out and see what it has to offer. Sounds like a good deal, to me.