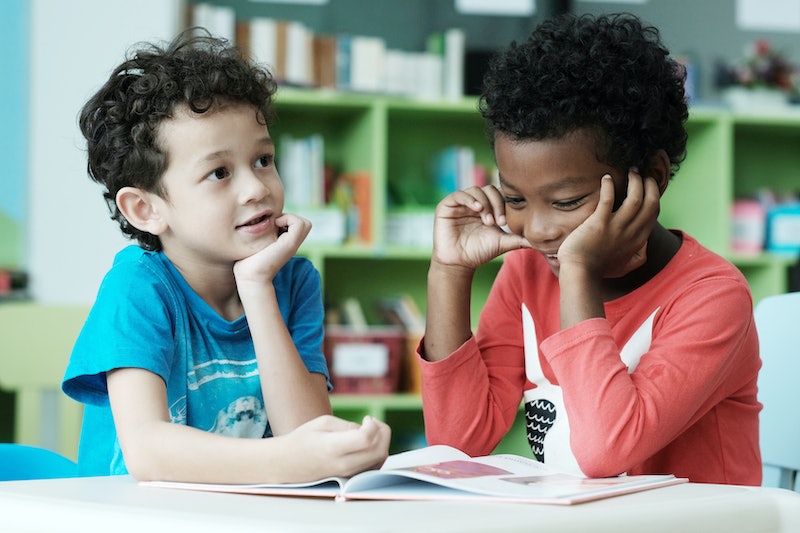 Fotolia
By Kathleen Culliton
May 9, 2015

Allow me to dazzle you with my impeccable Spanish: los libros son buenos. The books are good. Especially when they are going to kids from disparate cultures or lower income families. That’s the philosophy of nonprofit First Book, who will distribute 60,000 diverse children’s books to communities in need.

The premise of the project, Stories For All, is that kids who love to read are kids who can relate to the books they are given. And in a country as diverse as the United States, Dick and Jane storytelling just won’t cut it anymore.

“Students in our public schools represent more than 100 different countries, many different ethnicities, languages, races and backgrounds” Melissa Spradlin of the nonprofit Book’em told First Book. “These children are our future and that future needs to be inclusive.”

Seriously. Among the 895 books that have been chosen for the collection is Niño Wrestles the World by Yuyi Morales. It tells the story of a little boy who imagines himself to be a wrestler in order to cope with a world that feels big and foreign. It’s a feeling Morales is familiar with.

When she was a young girl, Morales moved to the United States from Mexico and first began writing to combat her homesickness. Today she writes to help her son connect to his heritage.

“It’s reconnecting to who I was in Mexico and who I am here in the U.S.,” she told the Daily Sun News.

The collection includes books for American kids of all kinds. And Tango Makes Three by Justin Richardson and Peter Parnell is about a penguin with two dads. Emmanuel’s Dream: The True Story of Emmanuel Ofosu Yeboah by Laurie Ann Thompson and Sean Qualls tells the true story of Ghanaian boy with a disabled leg who grows up to become a professional cyclist. Knock Knock: My Dad’s Dream for Me by Daniel Beaty by Bryan Collier about growing up when your dad is no longer nearby.

The books are going to be distributed to public schools in low income areas and available for purchase and download on the nonprofit’s marketplace website. Target.com, one of the program’s sponsors, will also be selling select copies.

First Book is showing off its impeccable good taste by publishing Spanish translations of Goodnight Moon and The Very Hungry Caterpillar. I would also like to recommend Una Casa Para el Hermit Crab.

Anyone know how to say hermit crab in Spanish?