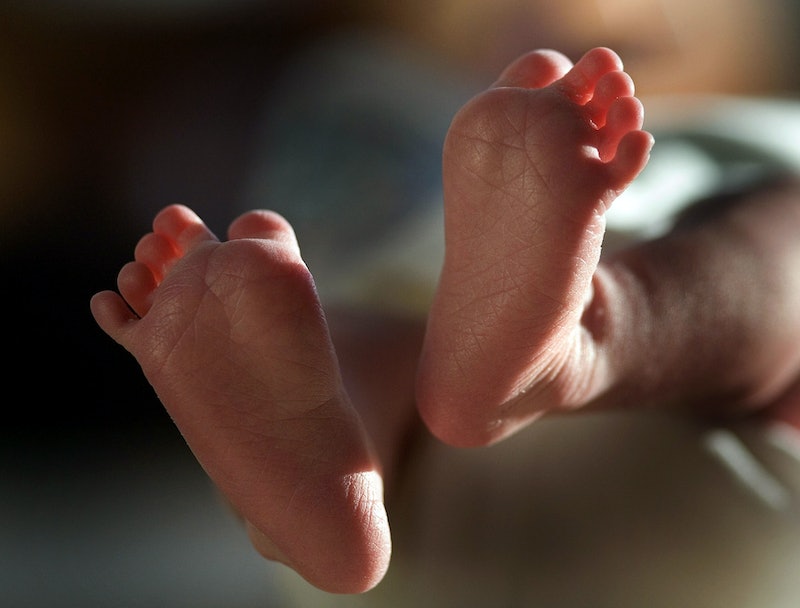 The family might still be one of the most fundamental parts of society, but what a family looks like is changing all the time, even though the law doesn't always keep up. But that might be changing. For instance, Argentina just allowed a birth certificate to list three parents, making them one of the few countries in the world to permit more than two parents to be listed. Which is a huge step forward for recognizing that families don't have to come in two-parent boxes.

The application to list three parents on the birth certificate was submitted by Susana Guichal and Valeria Gaete, lesbian couple, for their son, Antonio. The couple always wanted Antonio to have a relationship with his biological father, their long-time friend Hernan Melazzi, who acted as the couple's sperm donor. But even though they planned for Antonio to have three involved parents, Argentina did not allow for the option of recognizing that fact on their son's birth certificate. So they applied to have Melazzi's name added, and the government agreed.

Perhaps the most heartwarming part of the case is the fact that the couple didn't even need to go to court. In an age where LGBT activists are fighting tooth and nail for rights all around the world, it's refreshing to see an instance of the government simply agreeing to acknowledge the needs of a "non-traditional" family and grant their request for official, recognition.

Director of the Argentina's Registrar of Persons, Claudia Corrado, explained in a statement to the media that including Melazzi's name was an acknowledgement that he had not given up parental rights and responsibilities and that recognizing all three parents was in the best interests of the child.

Argentina is not the first country where three names have been listed on a birth certificate. A judge in Brazil approved another such application on from another lesbian couple and their close friend and sperm donor last year, which he said would most likely "set a precedent" for the country. Earlier this year, British Columbia granted the request of another couple to add the father's name to a birth certificate. And three-parent birth certificates have even been issues here in the good old U.S. of A: there has been one such case in Florida, and California actually passed a law making it permissible in all "appropriate" cases.

So will this continue to become more an more common throughout the world? Hopefully. After all, the idea that families have to be nuclear family units with two parents, two children, a dog, and a white picket fence is just silly. Not to mention the downright ridiculous notion that this relatively modern model of family is somehow "traditional." Families come in all shapes and sizes, and what a family looks like must and will change as time goes on. And so it's nice that governments are increasingly willing to recognize that.