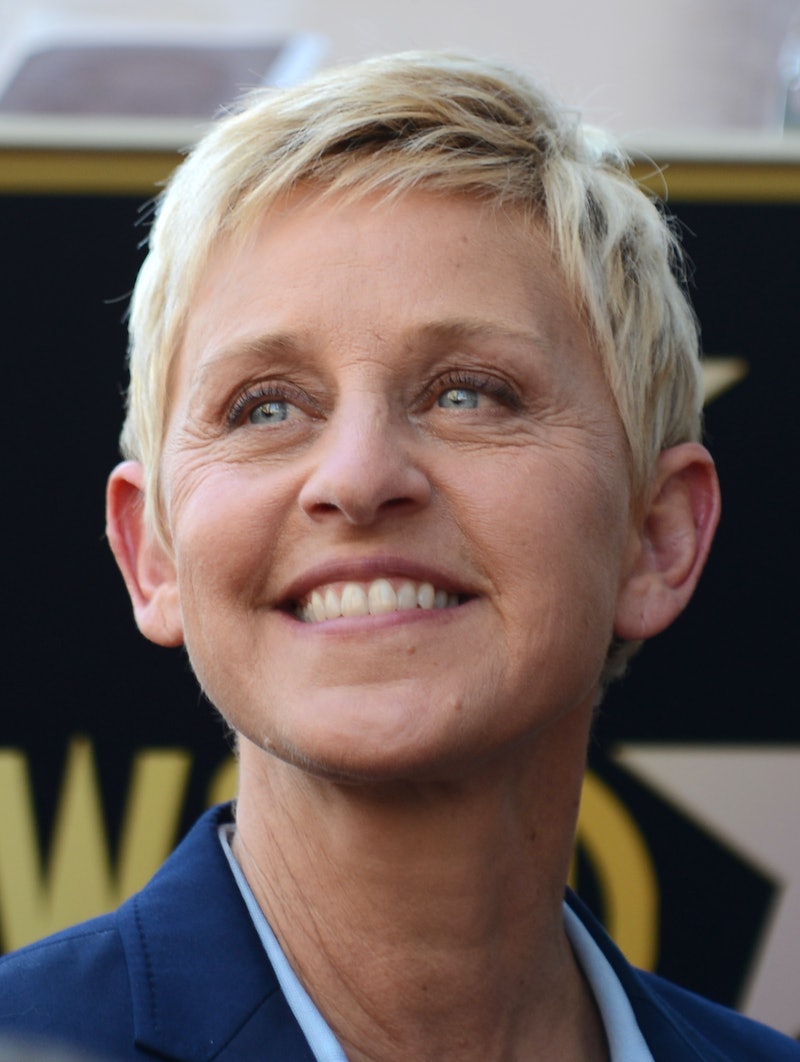 I seriously have never met a human being who doesn't love Ellen DeGeneres and her afternoon talk show. It's hilarious, it's family-friendly and it's lots of fun. Stars always seem super relaxed when they visit the series and even "regular" people get a chance to come on stage and tell their stories on air (visits which generally end in DeGeneres offering them a generous gift). And all that's great, but perhaps one of the best parts of The Ellen Show is all the kids that get a chance to show off their talents — appearances which can sometimes launch careers for those featured. With that in mind, it should be no surprise that DeGeneres has teamed up with Steve Harvey, another seriously funny comedian, for a new NBC variety show called Little Big Shots .

Little Big Shots, which will be hosted by Harvey and air on NBC starting this fall, will feature "the world's most talented and extraordinary kids" during its weekly one hour broadcasts, including musicians, dancers, singers and more. DeGeneres will serve as executive producer, and frankly, I can't think of anything better. I love watching new and tiny talent take shape, and while it can be a bit dodgy to push kids into showbiz so early, having DeGeneres at the helm vaguely puts me at ease.

To prepare for Little Big Shots, let's relive 7 of the most amazing kids performances on The Ellen Show thus far, shall we?

Perhaps the most famous kids to ever grace Ellen's stage, Sophia Grace and her cousin Rosie started on YouTube and were soon invited to perform on the talk show. The little Brits took America by storm and never looked back... though Rosie seems to have retired from the spotlight for the time being.

Brandon may only have been 7 years old at the time of his appearance on Ellen's show, but his young age certainly didn't deter him from absolutely shredding it on guitar. I can't play that well now and I'm 31. Okay, I can't play at all, but you know what I mean. This kid rocks!

I think I'll always hold a special place in my heart for child prodigies in the musical field, especially piano players like Harmony, because I always wanted to play piano growing up and only really ever learned 'My Heart Will Go On' by ear — and not even with both hands. Harmony has even played at Carnegie Hall, and considering she's only 9 years old, I think she's got a bright future ahead of her, for sure.

Who could forget Tanner? While he wasn't classically trained or a child prodigy, he was so adorable and certainly had the right spirit. Plus, with a little dedication and time, I bet he'll turn into an amazing dancer, just like his mentor, Twitch.

AHHH! Mini salsa dancers! If this isn't the cutest thing you've ever watched, EVER, then I don't know what to say to you. These little sweeties were only 8 and 6 years old, respectively, at the time of their first appearance on the show a year ago, but oh man, what they lack in age, they make up for in energy and skill. Love them!

Who could forget Akshat, who was invited to The Ellen Show after he won hearts as a semi-finalist on India's Got Talent? He's got MOVES, and he's not afraid to show them off anywhere he goes. Again, his moves may not be as refined or polished as more "serious" dancers, but he's endearing nonetheless, and certainly has the passion.

Heaven and her mom came to the attention of Ellen Show producers after posting videos on YouTube showing the 3-year-old dancing alongside her dance teacher mom to Beyonce. It was so wonderful to see two generations bonding in such a simple and profound way, and really cute to watch, too.