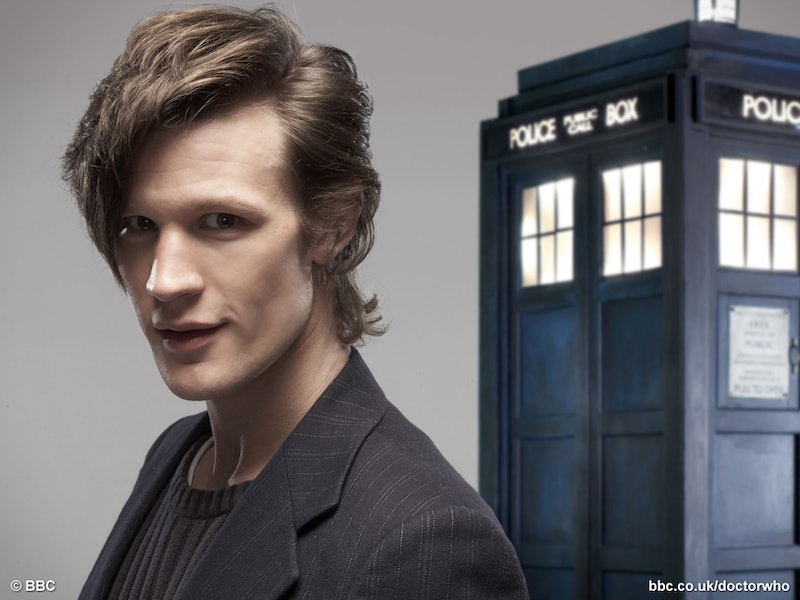 Fandom is a weird, nebulous, beautiful, frantic, terrifying, powerful thing. It can be all-consuming or just some fun side hobby; something that makes you laugh every time you think about it, make you so mad you want to rip your hair out, or make you openly weep — sometimes it can do it all in the same moment. There are a lot of people who understand this — fandom has been a pervasive part of popular culture for as long as pop culture has existed — but one Doctor Who fan put his feelings on the matter into words in one of the best open letters we've seen in a while.

It is often overestimated or passed off as silly how deeply fiction can affect our lives — the ways in which our connections with fictional characters or fictional universes can at times be just as strong (at the very least, just as important) as those connections we have with the people who actually physically surround us.

Richard Unwin understands this phenomenon, and posted an open letter about it on his Facebook page. Now it's making the rounds, because most people who've felt that deep connection with someone or something fictional will be able to relate to a lot of what he's saying. As he writes in his letter to the Doctor, "one of the many things that [Doctor Who's] taught me over the years is to not worry about what other people think, so why should I feel the need to play down my relationship with the one man with whom I’ve spent more time than any other over the past 25 years?"

You can read the whole thing over at Buzzfeed, but here are some of my personal favorite bits.

First, the validity of that connection:

There are those who might suggest that it’s because you don’t exist — that for a 34 year old adult to have a genuine emotional relationship with a fictional character is something that he should quite rightly be hiding out of shame — but you and I know that’s not true, not really. As the personification of the creative expression of the very best of humanity, as the result of the combined imaginative outpouring of hundreds upon hundreds of writers and actors and artists, as the avatar for a group belief in an inherent ‘goodness’, you absolutely exist.

And the ways in which it can start to do real-world good:

Now, if we’d just stayed at home playing make-believe this could all be terribly unhealthy. But we didn’t – you encouraged me to walk in the world and try to make a difference. And while I’m no hero, I tried. And am still trying. It’s thanks to you that I got involved in campaigning, and activism.

And the ways it's been an inexorable part of his life:

Right through my life you’ve been there. When I’ve needed solace or comfort you were always ready to take me away in your big blue box. And although there are those who would claim that your adventures are really for children, it’s as an adult that I’ve appreciated your company the most. And we’re closer than ever these days, now that I write about you for a national newspaper. It’s funny, I go to these big press launches in your honor, and PR people think that they need to bribe us journalists with wine and canapés — just to write nice things about our friend the Doctor!

I am, as the person writing this, a person who entered into the online writing community almost entirely because of my relationships to fictional characters. It was Rory Gilmore who taught me how badass pursuing journalism and living your life with a high-frequency of pop culture references could be; it was Harry Potter who began to teach me the deeper meaning that a story and the community surrounding it could have on a life.

There have been hundreds, maybe thousands more tiny ways in which the fictional have influenced my reality, and as Unwin — and the millions of other fans out there in the world — have exhibited, that is a truly cool accent to add to a life.

More like this
How Ncuti Gatwa's 'Doctor Who' Casting Impacts His 'Sex Education' Future
By Nola Ojomu
'Gentleman Jack’s Cast & Crew Are Keen On Season 3, Too
By Frances Stewart
Simply Sayo Doesn’t Consider Kpoetry Hard Work
By Jessica Morgan
Two Iconic ‘00s Doctor Who Stars Are Returning To The Series
By Shahed Ezaydi
Get Even More From Bustle — Sign Up For The Newsletter