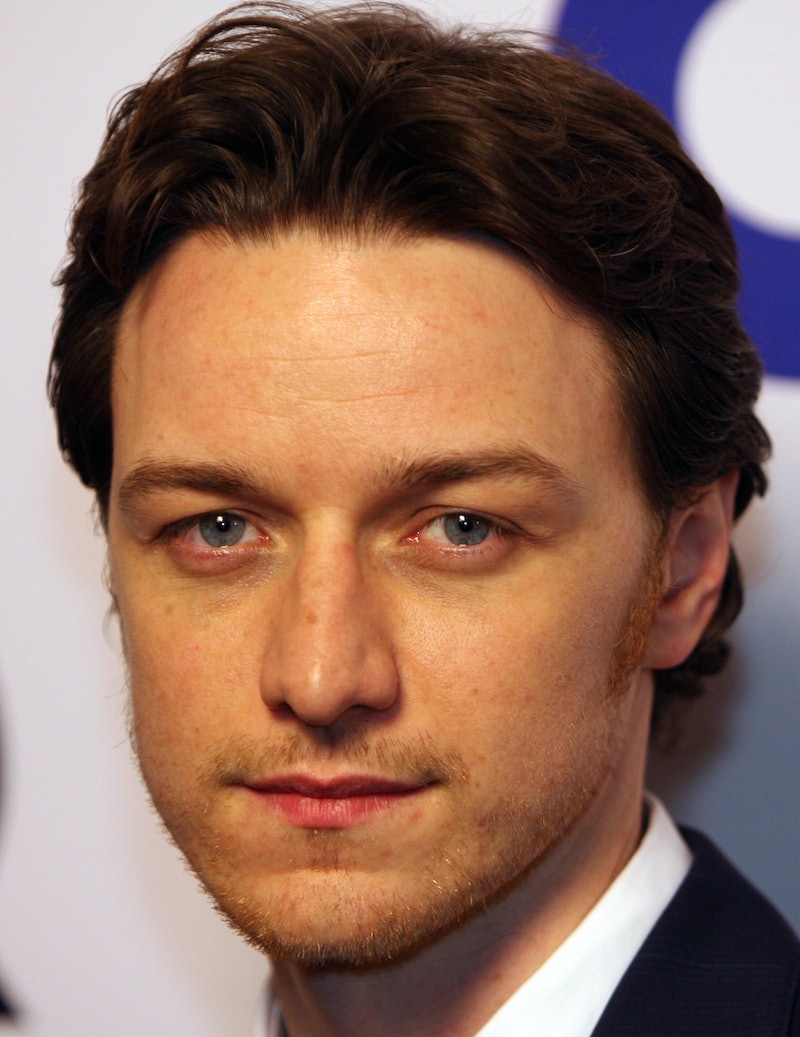 My emotions about this particular celebrity haircut are best expressed with the following drawn-out cry: NOOOOOO!!!! Leading man in the period film based on your life James McAvoy has shaved his head. Why????? Now, when you fantasize about running through the British countryside with him in a torrential downpour, what will you passionately run your fingers through when you guys start making out???

The answer to that question is, erm, his head stubble, I guess? But if this is any consolation, it seems like he's doing this for work. If he were doing this for recreation/just to torture us, I would be a bit more broken up. X Men director Bryan Singer posted a picture to Instagram of the actor, who plays Professor Charles Xavier in the superhero film franchise, with his pretty head fully shorn. The caption read "#Xavier reborn (in process)." Sure, for the sake of verisimilitude, McAvoy's character needed to be bald. In the comics, Professor X is bald, and the senior version of him is played by Patrick Stewart — a well-known totally bald person. So I get it. It kind of needed to happen. All reason aside, I still get to be legitimately sad at the deforestation of his otherworldly scalp.

In grief, it helps to remember the good times. With that, here are seven great moments brought to you by James McAvoy's hair.

When it was impervious to hat hair

A glorious violation of the laws of physics.

Hey, girl. You ready for a roll in the hay?

As much as it pains me to see Benny-Cumbz in pain, the movement of J. Mack's hair is mesmerizing... Also, arousing.

The time it fell in subtle curls over his forehead

I'm imagining that he's feeling something similar to the above gif at this moment.

The time he had the skater kid sweep

An important developmental stage for all teens.

That time his hair just sat and thought

It was probably contemplating how many years we had left together, before it had to be shorn for a HUGE role.