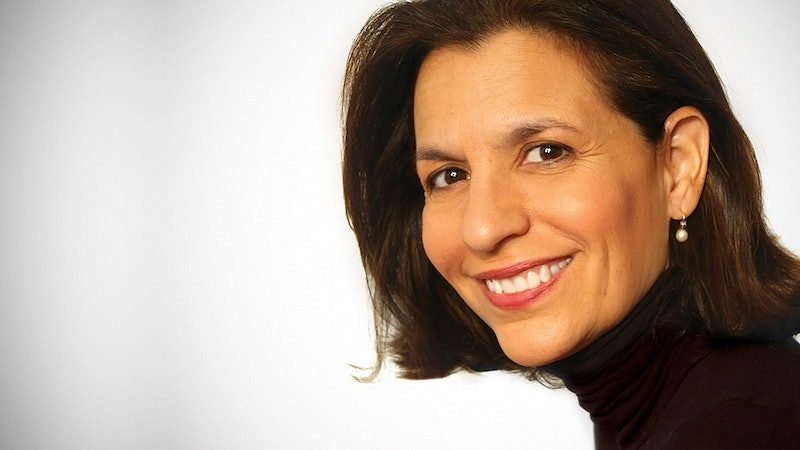 It couldn't have been a more fitting title. More than three years after the release of Wonder , R.J. Palacio's game-changing smash of a debut, the novel has proved to be one of children's books biggest success stories. There's the 150 weeks and counting on The New York Times' bestseller list; the "choose kind" movement it sparked in schools across America; the movie adaptation in the works; and its three spinoff e-books (including Shingaling , out May 12). And its author never saw it coming.

"There was part of me that doubted it would even get published," says Palacio, speaking with Bustle. "There are no fairies in it or werewolves or vampires, and it wasn’t one of those books that you can say it’s a trending theme."

To prove her point, Palacio recalls the first time the book hit the Times' list back in March 2012, at No. 10. When her son questioned why she was so happy, her answer was honest: even when it fell off the list the following week, as she believed it inevitably would, she could still say that she had written a New York Times' bestselling book.

"At that point, I thought, well, this is as good as it’s gonna get," she says. "It never occurred to me that it would keep rising up the list, and that three years later, it would still be on the list. That’s unimaginable. That’s not even something you dream about."

Yet if you've read Wonder — and with more than 3 million copies of it in print, it's hard to have missed it — its massive success is not a surprise. About a 5th grade boy, Auggie, who has major facial deformities, Palacio's novel is an extraordinary book, witty and sweet and heartbreakingly real. Upon its release, critics showered it with praise, and thanks to its all-ages appeal, the book was passed along from reader to reader at lightning speed. Everyone, it seemed, was drawn to Wonder's burdened, big-hearted protagonist, and to the vividly realistic world that Palacio created, a universe in which friendships blossomed, bullies loomed, and being different was the scariest thing a middle schooler could face.

The story of Wonder's creation is a familiar one by now; a designer of book jackets, hoping to break into writing, spots a girl with craniofacial deformities while sitting with her son. Her son cries, chaos ensues, the girl and her mother leave. The designer, embarrassed, wonders how often the girl's family goes through a scene like that every day and what their lives are like. She starts writing that night.

"I think there’s an impulse that we all have to not understand, not even start to understand, those things that might make us uncomfortable," Palacio says. "You’re out of your comfort zone. What do I do? Do I ask, do I stare, do I not stare, do I look away? There’s that panic that sets in, and I think Wonder... gives us a little understanding as to what they go through — that they are just normal, ordinary kids with these extraordinary faces."

One of Wonder's most remarkable aspects is Palacio approaches perspective in its pages. Although Auggie is at its center, several other people in his life get the chance to share their experiences, as well. There's Via, the older sister who guiltily craves her family's attention; Summer, the sweet girl who befriends Auggie when no one else will; Jack, the classmate who finds his popularity draining upon association with the school freak. The different points of view was a brilliant choice, showing readers every aspect of Auggie's life, from the pain to the pity to the enormous effort simply being around someone like him requires.

For Palacio, including these perspectives was simply to "flesh out the narrative," but the choice has had a much bigger impact than just that. Readers of Wonder have clung on to certain voices, whether it be the hesitant friend or the resentful sibling. It's what motivated the author to write the three e-books spun off of Wonder, all of which give the point of view of a different character: first Julian, the school bully, in 2014's The Julian Chapter; then Christopher, one of Auggie's first friends, in February's Pluto; and, finally, Charlotte, a classmate who exhibits only the necessary kindness, in May's Shingaling.

Palacio says that she wasn't originally planning on "extending the Wonder world," but after the book's release, she felt that there were important stories still left to tell — particularly that of Julian, a child whose naive cruelty towards Auggie is one of Wonder's most heartbreaking aspects.

"I realized that a lot of kids out there, whether they wanted to admit or not, identified with Julian a little bit," Palacio says. "I wanted to be able to tell them that you can do some things you’re not so proud of, but it doesn’t mean you’re a bad kid. You always have a chance at a clean slate."

With Shingaling, her newest (and last) Wonder spinoff, Palacio presents a character even more relatable: Charlotte, a sweet, popular girl who, the author says, "does the bare minimum" when it comes to befriending Auggie.

"Very conveniently, she’ll wave, she’ll say hello... and that’s fine," Palacio says. "But I think it’s important to see that there is progression that could be had there."

Like she did so successfully with Wonder, Palacio hopes her e-books will start a conversation among both kids and their parents about kindness and respect. She recalls the moving letters she's received from readers with similar conditions to Auggie, their writers expressing their wishes that there'd been a book like Wonder available when they were growing up. Then there are the families of children with issues like autism and Down Syndrome, many of whom, she says, have been "really, really supportive" of the book's creation and message.

"I think what they realize is that the world will be kinder to their children if they understand that they should be," Palacio says.

The author purposefully chose not to include Auggie's parents' perspectives in Wonder out of worry it'd make it "a very different type of book," but she did give plenty of subtext within in Auggie's family interactions for any wise reader to pick up on. The same goes for the other adults in the novel, even those, like Julian's mother, who display more cruelty than their pre-teen children.

"Certainly, Wonder was written with a little bit of a wink to parents, to remind them, 'you’re still in this,'" Palacio says. "They’re little kids when they’re 11 years old. They still need us to guide them through the iffy social situations that happen... and we still have the opportunity to impact on them."

That opportunity is what's behind the "Choose Kind" movement, an anti-bullying campaign inspired by Wonder that's reached thousands of students (and, hopefully, their parents) across the country. There are lesson plans in schools, class lectures by kids with differences, and a pledge that's garnered nearly 35,000 signatures so far.

"It's been one amazing thing after another," Palacio says.

One of the biggest highlights? The movie adaptation of Wonder currently in the works. Although it got off to a rocky start, with one director backing out and the commissioning of a new script, the author says that it's finally underway, and she couldn't be more excited.

"Everybody involved so far has made it very clear to me that one of the reasons it’s taking awhile is that they really want to get it right," she says. "They really want to do justice to the book, and they want to be very respectful to the community."

Which means, if possible, casting a star who looks just like Auggie. Palacio says that both actors with and without craniofacial deformities are being considered, but that she hopes the producers find an actor "who actually has lived this experience." As for the movie itself, the writer has faith in its creators, but understandably, she's a bit nervous.

"If it’s not done correctly, and I think that’s something we’re all conscious of, it could become a 'movie of the week' kind of thing, and it’s not that," she says.

Palacio hopes that the end result will be "quirky and a little off-beat," and she's fine if it's not an exact replica of the books, as long as it does justice to her characters, as well as her readers. Which means, to her, not sugarcoating the reality of Auggie's condition, or ending it on a note that feels sappy and romantic. When Wonder came out, she faced criticism from readers who felt the book's upbeat ending was unrealistic, but that always confused her; in her mind, Auggie's happiness represented a good day in his life, not the entirety of his future.

"A clever reader will surmise from the book that the rest of his life will be kind of like the fifth grade," she says. "There will be challenges, but the important thing is that he’s got whatever he needs inside of him to cope with those challenges and get through."

Palacio's faith in her character comes in part from her adult readers with facial differences, people who, she happily notes, "have these wonderful, joyous lives... they do extraordinary things, as difficult and challenging growing up must’ve been for them."