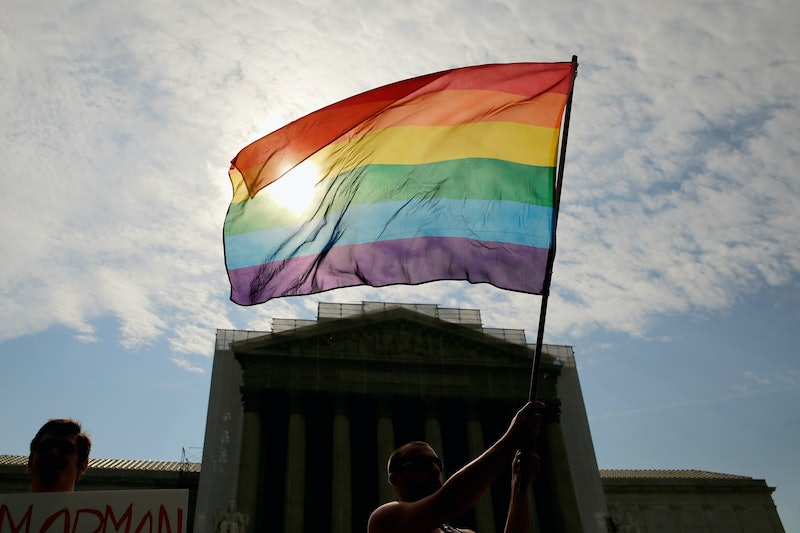 The Senate advanced the Employment Non-Discrimination Act (ENDA) — a federal law protecting gay, lesbian, bisexual and transgender people from discrimination in employment — Monday evening, reaching the 60 votes required to overcome a filibuster and begin debate on the legislation. The bill, which was first introduced in 1994, is expected to pass the Senate later this week pending a series of other procedural votes.

Don’t get the facts wrong: this is a popular law. Seventy-three percent of 2012 likely voters supported it in April 2011, and it’s had the approval of more than half the voting public since the 1980s. As has been said many times before, actually knowing gay and lesbian people — and, increasingly, transgender people — makes voters more likely to support full civil rights for them. A Pew survey earlier this year found that nearly all gays and lesbians are out now (bisexuals, though, are lagging in this area).

One of the key Republican swing votes in the Senate, Rob Portman, came out about having a gay son — and in support of marriage equality — earlier this year. Another Republican supporting the bill, former Minnesota Senator Norm Coleman, said, “[I]f you go back to who we are, what we are about as a party — economic freedom, equality, the right to earn a living — this makes sense.” It does make sense, and it’s actually rather surprising, given the numbers in support, that the law hasn’t been passed yet.

One roadblock (surprise, surprise) has been the House. Just today, John Boehner’s spokesperson told Politico that, “The Speaker believes this legislation will increase frivolous litigation and cost American jobs, especially small business jobs.” Never mind the fact that to utilize the bill some poor soul would have to put themselves up to public scrutiny — that alone is enough to deter most people from suing under non-discrimination laws! No, the point of the law is so that, hopefully, the knowledge that there could be a lawsuit will make employers think twice before firing someone just for being gay.

The House also blocked ENDA in 2007, and openly gay former Rep. Barney Frank reintroduced it without the gender identity provisions. That bill cleared the House — despite widespread concern that it was leaving behind transgender people, who suffer much more employment discrimination and would have a harder time getting a trans bill passed on its own. Notably, the group that bills itself as the nation’s largest LGBT rights group — the Human Rights Campaign — was absent from that disapproving chorus. That’s the same HRC whose primary goal for the past two and a half decades has been passing ENDA.

Which brings us to the second problem: the HRC has been awfully slow in working for full equality for LGBT folks. Indeed, it’s a cushy, mid-six-figure job to lead the group, and one that guarantees lots of connections provided you don’t piss off the wrong people.

Joe Solmonese, who led the group for the better part of a decade (for the record, ENDA had the support of a majority of Americans for his whole tenure, yet the HRC couldn’t get it through Congress), now runs a consulting firm for big business in D.C. (The most successful part of HRC’s operations has long been its Corporate Equality Index, a ranking of gay-friendly companies.) Elizabeth Birch, who ran the group from 1995-2004, also went into consulting. And Cheryl Jacques, who was president of the HRC for a few months between them, “is a consultant on diversity issues to corporations and non-profit organizations.”

In short: a stint in the HRC guarantees a good salary and a life-long ability to make money off telling people what’s what with the gay, along with invitations to White House parties and other swanky D.C. social events. It’s a straight shot to the top of D.C.’s social ladder.

And though the organization claimed a lot of credit for last summer’s marriage equality victories, the Human Rights Campaign dismissed the cause for a long time. Ariel Levy’s New Yorker profile of Edie Windsor leads with a telling example:

Once, when [Thea] Spyer was alive, Windsor attended a meeting with the head of the Human Rights Coalition, at which someone asked him about gay marriage. He replied that it was something that ought to be dealt with later. Windsor stood up and barked, “I’m seventy-seven years old, and I can’t wait!”

We sincerely hope that ENDA passes and LGBT Americans feel just the slightest bit more job security. There’s no doubt that some in congress or in the gay non-profit world will claim this shameful foot-dragging as a victory, but it’s not. A victory would have been passing ENDA 20 years ago. Now, it’s just a natural development that’s coming way, way too late in the game.