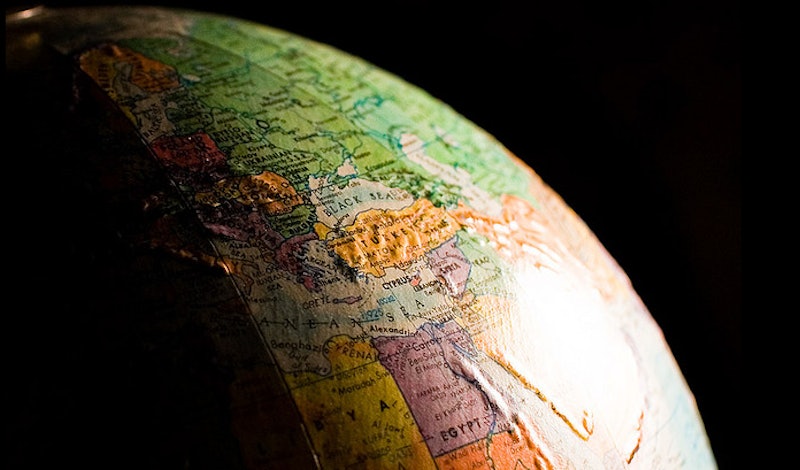 Get out your magnifying glass — it's time to play Where in the World is Edward Snowden?

The ex-NSA contractor boarded a plane from Hong Kong to Moscow on Sunday and is reportedly headed for Ecuador, which has granted him asylum.

On Friday, the U.S. government charged Snowden with espionage, theft, and conversion of government property and requested his extradition.

Hong Kong's government, however, felt the request "did not fully comply with the legal requirements under Hong Kong law," and Snowden was allowed to leave the country in the company of WikiLeaks legal advisors.

Interestingly, the U.S. didn't finally get around to revoking Snowden's passport until just before he left. But it didn't stop him from touching down in Russia, where he checked into Moscow's airport hotel and met with Ecuadorian embassy officials to request asylum.

According to a statement on WikiLeaks website, Snowden is now "bound for the Republic of Ecuador via a safe route for the purposes of asylum, and is being escorted by diplomats and legal advisors from WikiLeaks."

WikiLeaks founder Julian Assange was also granted asylum by the South American country and has been living in the Ecuadorian Embassy in London since June of last year.