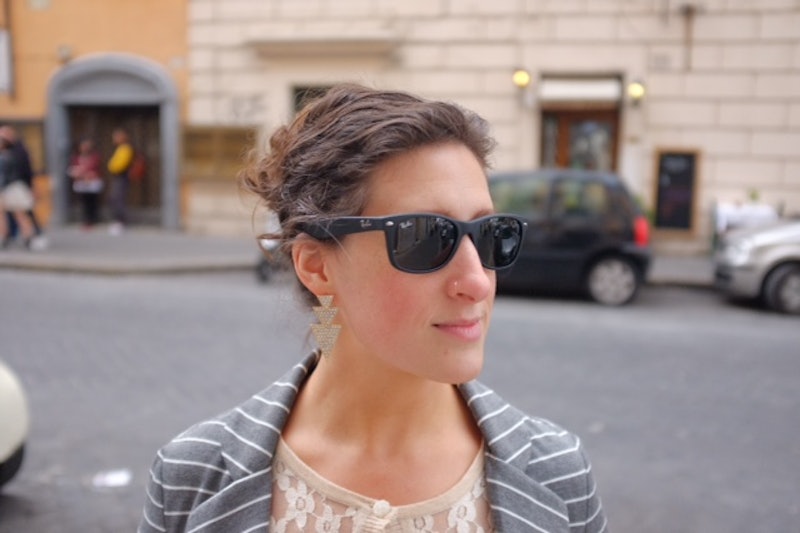 I used to drink. A lot. Not fall-down-drunk-always-hungover a lot, but a fair bit of booze went down my throat. While I hardly ever drank at home, my busy social calendar was packed with after-work friend dates, almost all of which took place at bars. The result was not only a hit to my wallet, but also the “sobering” reality that I was consuming more than the recommended allowance of alcohol.

At times, this worried me. Was I drinking too much? Was I an alcoholic? Then, those questions became moot when a chronic illness I’ve had since I was 17 reared up out of remission and forced me to change my lifestyle. For people like me with a disorder known as Interstitial Cystitis, acidic foods and drinks are no-no’s that result in physical pain and discomfort. And there are few beverage options on the menu more acidic than alcohol.

It’s been two years since I quit drinking altogether for the sake of my health. A few months ago, I got into a discussion on drinking with a Uber driver who himself had never touched alcohol. The driver told me that the way I described my longing for a cocktail made it sound like liquor was a long-lost love. He chuckled nervously when he said it. Was it true? Did I miss drinking? The answer is yes … and no.

Here's what life’s been like since I stopped hittin’ the sauce:

The first time I hung out with extended family members after I’d stopped drinking, their eyes lit up when they noted my empty glass. Was I pregnant?! Nope, not pregnant. And though I’m still not-pregnant after two years, their hope is renewed every time I decline a glass of wine.

I answer by stating that I’m not pregnant, and that I just don’t drink because alcohol makes me sick. That usually satisfies their curiosity.

2. I learned that there are some unexpected social benefits.

When you have your good friend alcohol by your side, (rather, in your glass) it’s much easier to confront awkward social situations in which you have to make small talk with strangers. Sober, a friend’s party where you don’t really know anyone is much more of a challenge — which means you’ll probably be one of the first to leave.

But the unexpected benefit? If things do get crazy and you stick around to watch the mayhem, you’ll be the only one with an accurate memory of what happened. Was Kim really flirting with Matt? Did Sarah get pissed when Angela made that comment? You’re the only one who will have a solid enough memory to know.

3. I realized my friends still don't always get it.

There’s no one close to me who hasn’t figured out that I don’t drink. In fact, I regularly make this plain by responding to invitations to “get drinks” by saying, “Sure. I still don’t drink, though.”

Why girlfriends think it’s still fun for me to sit in a smelly dive bar and drink seltzer while they have a margarita is beyond me. It just goes to show that the association between alcohol and socialization is so strong, it’s hard for some people to give it up, even when hanging out with a long-time friend.

I live in San Francisco, where there is a plethora of swanky, well-lit establishments that do not smell like a boozy barnyard full of whiskey-soaked hay. But there are also plenty of places that do. I find it unpleasant to even walk by these dives when their doors are open, which they almost always are, presumably to air the stank out.

5. I realized that drinking was mostly about the ritual.

The dream of a gorgeous cocktail still hasn’t quite died in me. It’s not just about the taste of the drink or the way it makes me feel. It’s also about the experience: the presentation of the drink, the indulgence involved in having it. Before I quit drinking, (and before I was married) I used to occasionally spend time by myself at high-class brasseries and other establishments where I could safely imbibe alone while making conversation at the bar, or reading a book if I chose not to.

Luckily, there are plenty of other options for spending time alone with myself, like having a nice dinner, going on a day trip, getting a massage, seeing a movie, or even window-shopping.

6. I started saving a lot of money.

I live in the most expensive city in the country, where one drink can easily set you back $11-15. Even if you go in for cheaper options, a night out is still going to cost you, what with the late-night pizza and cab ride home. Curling up on the couch with my husband to watch a movie is much more economical — and comfortable. Furthermore, going out to dinner but skipping the wine means you don’t have to wince when the bill arrives.

7. I have a newfound appreciation for non-drinkers.

I know my friends who drink probably see me as something of a wet blanket now that I don’t indulge in alcohol, but at the same time I feel closer to my friends who were already watching their alcohol intake. Pregnant, nursing, health-conscious, or substance-intolerant friends and I now have a new understanding of each other, as we all navigate social situations where imbibing is expected. When I’m part of a social gathering with people I don’t know, I always take note of the other non-drinkers and make an especial effort to talk to them.

8. It's much scarier to dance now.

Before I stopped drinking, my standard line with regard to boogieing down was “I only dance when I’m drunk.” Since then, I haven’t had many occasions to shake it and I worry what will happen one day when I face a mandatory dancing situation.

That said, I danced plenty in high school while being both socially awkward and sober, so if I could do it then, I guess I can do it again now.