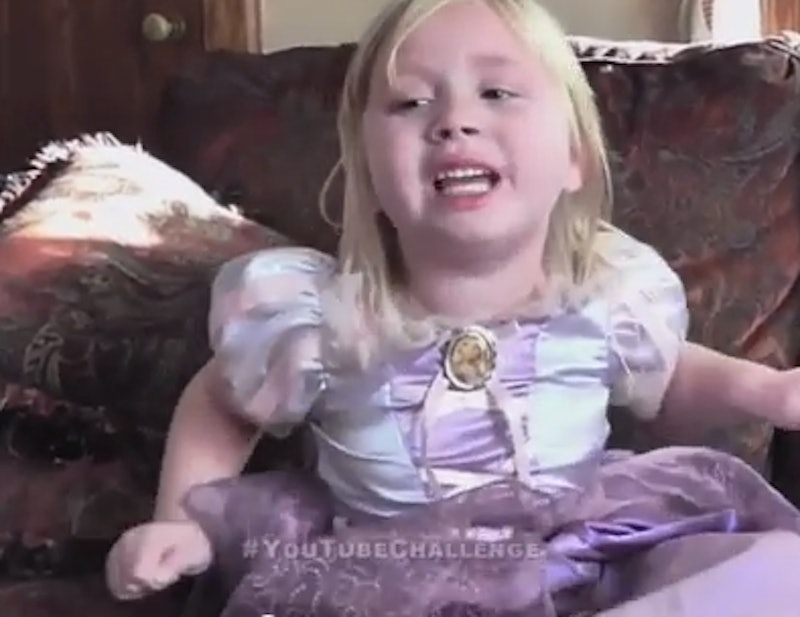 This year's compilation video (which Kimmel says took his staff all weekend to gather, thanks to an avalanche of submissions) brings absolutely nothing new to the table. But that's actually a good thing. Because, even though these children react in the exact same way as the previously pranked kids, the video is still as delicious as a king-sized Snickers bar. Mad props go to the girl comforting her ashamed mother ("It's okay," she sobs), and even madder props goes to the boy who respects that he's been had. ("Good job," he says, thumbs up to his parents.)

Watch Kimmel's 2013 Halloween candy prank below — you might just be overcome with an overwhelming desire to have children upon viewing it. Or, upon hearing a girl call her candy thief a "bitch," probably not.