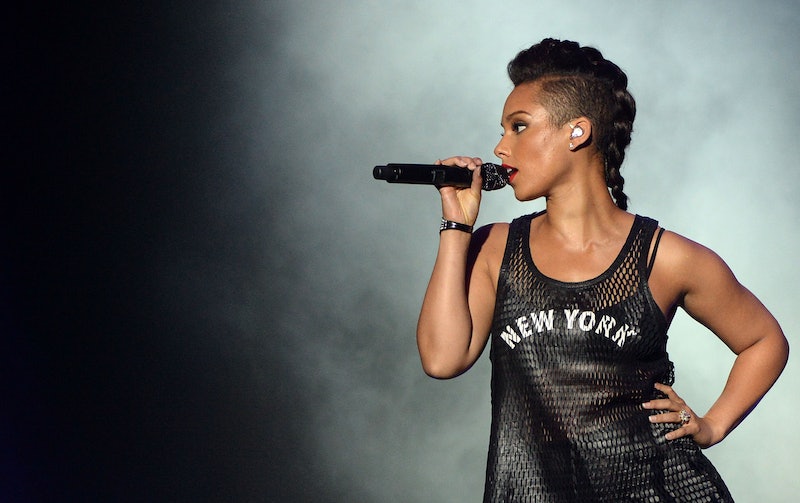 At this point, I don't think I need to give anyone a reason to watch Empire. Either you've gotten on board with Cookie Lyon and Empire , or you're a sad, sad, tormented person who has completely missed out on one of the best shows on television. (Seriously, go and watch it right now.) Almost as good as the characters and the storylines on the show are the guest stars; main character Lucious Lyon runs a musical empire, after all, and that's become an excuse to have everyone from Jennifer Hudson to Courtney Love to Mary J. Blige show up for a cameo or for a multi-episode arc that obviously involves a lot of singing. According to the latest reports, Empire Season 2 will include Chris Rock, Alicia Keys, and Lenny Kravitz as guest stars, and I'm already eager to know how they'll fit into the plot.

When it comes to celebrities — outside of the main characters, of course — they don't seem to last for more than two or three episodes. They've got lives and careers outside of the show, unlike the Lyons, whose lives and careers make up the entire plot of the show. Thus, it's incredibly unlikely that Keys, Rock, or Kravitz will be hanging around for the whole season or be incorporated into the fabric of Empire. However, that doesn't mean their cameos won't have a purpose, and it's about time we guess what that purpose will be.

Chris Rock is a comedian and an actor, but not a musician. That leaves him with more options than the other two guest stars because he could be playing anyone without the need to inherently show off his musical skills. Perhaps he's here to help with Andre's storyline, since they're both lacking in the music department. Maybe he's another one of Cookie's cousins — you know, the one Lucious didn't shoot. Or, hey, maybe he's hosting some sort of show, or one of the Lyon kids is looking to break into a television career, and Rock is helping them with that by producing or directing or co-starring in the project. The sky is really the limit for this cameo.

Alicia Keys is most likely here to hop on a track with Hakeem Lyon. Why? Because she is one of the original singers of Jay Z's "Empire State of Mind," and how many times has Hakeem said that exact phrase in one of his songs? (You know, because their company is called Empire. Get it?) Empire is more about original songs than it is about covers — this isn't Glee — so it's unlikely that Keys will be here to sing a version of the song with Hakeem, but that doesn't mean that they can't make up their own. Perhaps she's here to play Hakeem's girlfriend for a few episodes. I mean, we already know he has a thing for older women.