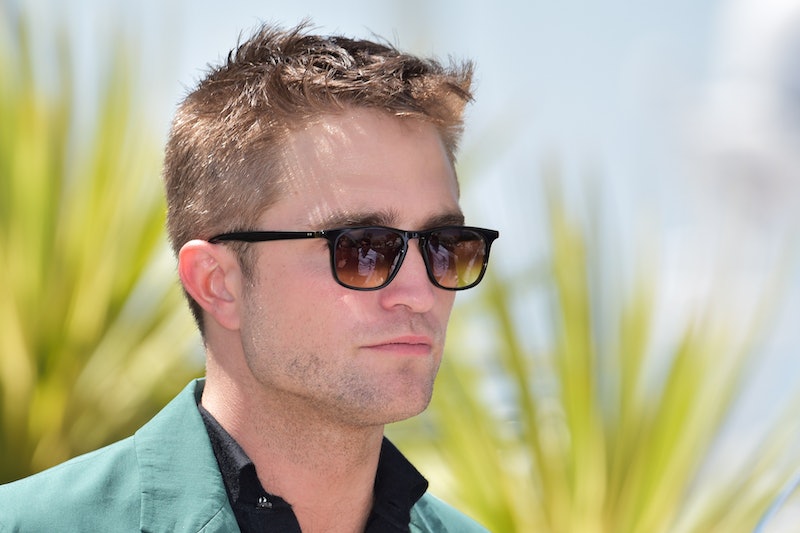 As many Robert Pattinson fans know, the heartthrob actor was not always winning over fans on the big screen. The star is multi-talented, in terms of playing musical instruments, singing, avoiding the press, and passive-aggressively hinting that he hates Twilight , the movie that made him a household name. But something that some fans might not know is that Robert Pattinson got his start as a model. And luckily for us, many of these old modeling photos are available on the Interwebs for our perusal and enjoyment.

What is really impressive about the modeling shots is not necessarily the quality of the photos, because let's be honest, photographic technology has vastly improved in recent years and it was not exactly top-notch cameras being used here. What is astounding is the incredibly wide range of photos available on Twitter, Instagram, and quite possibly other dark corners of the Net, as well.

Some of the photos look like high school portraits that are so adorable, you will struggle not to say "aww." Others show just a glimpse of the "brooding" acting roles he was set to receive (though he's admitted he does not like being described as "brooding" so much by the media). And others are just flat out hilarious, reminding us that the fashion industry is not always as serious as it makes itself out to be. Intentionally or not, some of his fashion photos just come off as goofy — especially all these years later. Here's a round up of some of the best ones available. Enjoy!

Aww, was this Picture Day? He looks like he's ready for a close up.

This will probably make his fans who are his own age want to pinch his cheeks.

He's going for a mature look here. Or at least he is trying to, with the chains and the sporty jacket.

He must have been practicing his best brooding face, not knowing it would make him famous in his upcoming Twilight films.

There you go, Rob. Brooding complete.

Whoa, a photo taken in a different perspective! This switches things up a bit from his usual forward-facing poses.

He looks quite contemplative in this photo. Perhaps he is wondering what will happen if certain modeling photos he took will leak to the public. (Spoiler alert: they will.)

And here they are. These photos air a bit more on the ridiculous side, especially considering the choice of accessories. And sadly, I'm guessing that the scarf did not keep him very warm.

Fans (and anyone else watching) are dying. Dying. And then they're dead.