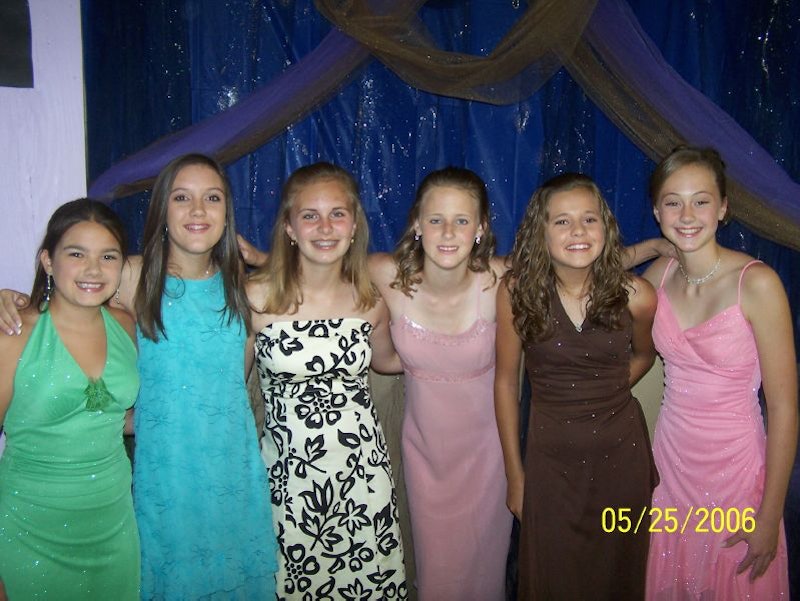 My strongest memory of middle school dances is the combination thrill and disgust of feeling a dude’s boner rubbing up on my leg. On one hand, you’re kind of proud because at that age giving a guy a woody still seems like a miraculous act. On the other hand, you’re like, “Ohmygod get that off of my leg RIGHT NOW!” It’s a crazy time, middle school, with all of those hormones bouncing around and there’s no time that better exemplifies that than the middle school dance.

I remember getting done up in crop tops, glitter, and butterfly clips with my friends before the dance. (This was the aughts, after all, when Britney ruled supreme.) We’d talk about which boys we liked and who we wanted to slow dance with and what we hoped the last song would be. We’d have images of magical rooms swirling with disco ball lights and romance and maybe some kissing in our heads and were, of course, inevitably let down. That’s a lesson I somehow still haven’t learned: getting ready to go out is almost always more fun than the going out itself.

But there still was a certain amount of magic to those days. There was that fluttery feeling when your friends pushed you toward the guy you liked to slow dance. Then there was the uncomfortable-but-not-entirely-unpleasant clumsily sexual trend that was grinding.

Oh, god. I’m cringing so hard just thinking about it.

I did a little crowdsourcing to see what songs most strongly throw people who came up in the early 2000s right back into those middle school cafeterias and gyms. Can’t you practically smell the Axe body spray?

16. "Hanging By A Moment" by Lifehouse

17. "Crash Into Me" by Dave Matthews Band

More like this
These Are The 3 Most Mellow Zodiac Signs
By Kristine Fellizar
20 Christmas Movie Quotes That'll Get You In The Holiday Spirit
By Alexis Morillo
What Does “The Rizz” Mean On TikTok? The Viral Slang Term, Explained
By Alexis Morillo
The 10 Memes That Defined 2022
By Alexis Morillo
Get Even More From Bustle — Sign Up For The Newsletter