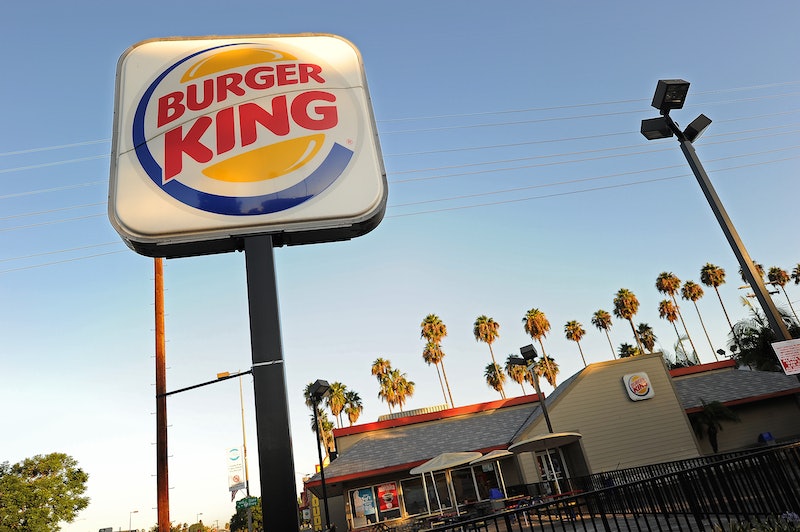 Recently, a man in Florida filmed a Burger King employee dumping what appears to be cooking oil down a storm drain on his phone. He posted the video on his Facebook page, where it was shared over 20,000 times as of yesterday afternoon, because yuck. “Gentleman right here told by his manager at Burger King to dump this oil into the sewer,” said Joe May, the man filming the video.

May also told Florida station WPTV about the encounter. “I said, ‘Sir, is that oil?', he said 'Yeah,'" said May. "I said, 'You're going to put it right in there,' he said 'Uh huh'. I said, 'Hold on a minute,' so I took out my phone and started videotaping him.”

However, some people might wonder if dumping oil down the drain really is that big of a deal. When WPTV asked environmentalist Mark Perry, the executive director of the Florida Oceanographic Society, he said, "Whatever is going to be put in the water that's going down the storm drain is going to be a problem.” He also added: "It's still a question of how long he's been doing it and how much volume is actually going through the storm drain, which ends up in our waterways.”

Different oils solidify at certain temperatures, so whenever you pour it down the drain you run the risk of clogging it. This goes for any oil: Coconut oil, sesame oil, olive oil, you name it. In fact, if you cook with grease or oil you’re never supposed to pour it down the drain because it runs the risks of caking in your pipes. It’s always best to dispose of it in the trash, or recyclable containers that you can throw away.

According to Business Insider, it’s this buildup of grease and fat from improperly disposed of oil that accounts for 47% of sewer overflow that happen in the United States.

Though WPTV reached out to Burger King and the spokeswoman for the company, they have not yet received a response.