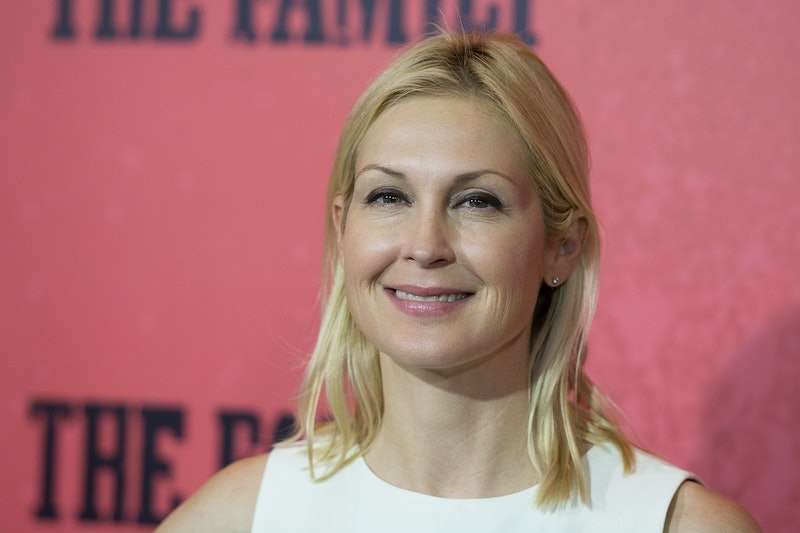 Kelly Rutherford, of Gossip Girl fame, has been living a mother's worst nightmare for the past six years of her life. After divorcing from her German husband, Daniel Girsch, they got entangled in a bitter custody battle when Girsch visa was revoked and he was no longer able to enter the U.S. A California judge ordered that their children, Hermes, 8, and Helena, 5, stay with their father in Monaco, where he filed papers to make them habitual residents. Just last month, Kelly Rutherford officially lost custody of the children, but she vowed to never give up has since gained the help of her celebrity friends who support her and her mission bring her children back to the U.S.

After news of the loss, ABC News’ legal analyst Dan Abrams offered some advice to Rutherford, to "have the State Department get involved and have some leading political figures make a compelling argument that this is ridiculous." The actress did just that and some. This past week, she attended the Children's Justice Campaign Event in Beverly Hills, where she was joined by many of her celebrity friends including Selma Blair, Melanie Griffith, Kris Jenner, Marcia Cross, and more. In addition to these events, some very famous faces are passing her White House petition around online urging people to sign in order to help bring Rutherford's kids back to her.

One such famous face is none other than Kim Kardashian, who wrote a series of touching tweets to the actress as her 31 million Twitter followers looked on. Now, that's a way to use your fame in a powerful way! Kardashian told Rutherford that her mom, Kris Jenner, brought the story to her attention and she relates to her heartbreak as a mother.

Although some celebs might be supporting from afar, many of Rutherford's near and dear co-stars have been active in sharing her petition and rallying for a change. A few cast mates from the Gossip Girl family have shared their support and have helped her gain the goal of 100,000 signatures by May 28, with plenty of time to spare.

Other stars like Michelle Trachtenberg, Lisa Rinna, and Cindy Crawford have been vocal in their support and now that the goal has been met I hope that Rutherford gets a second chance to get her children back. It's obvious that this is a momma that will not stop fighting for her kids and I wish her all the luck.