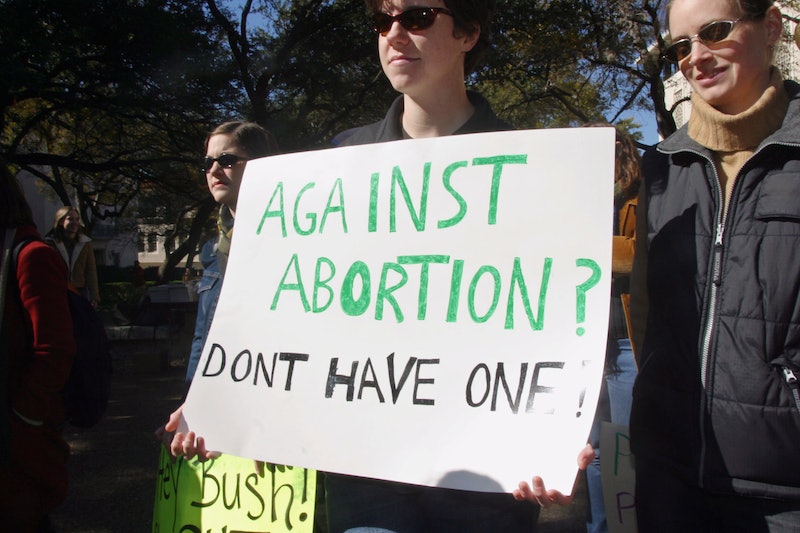 A bill that will essentially close down most abortion clinics in the state of Texas passed 97-33 Monday, after over thirteen hours of debate.

Senate Bill 5 would ban abortions after 20 weeks of pregnancy, limit abortions to surgical centers, and require doctors to have admitting privileges at close-by hospital. The bill passed at 3:20 Monday morning, with 18 Democratic legislators not present for the vote during the Texas Legislature's special session.

While supporters argue that the bill would improve women’s health care, opponents point out that it will mean shutting down 37 out of 42 abortion clinics in Texas.

According to Democratic Representative Jessica Farrar, “The truth is that these bills aren’t about women’s health and they aren’t about the will of the people. They are about winning Republican primaries.”

Over 800 demonstrators supported the Democratic opponents, storming the hallways of the Capitol and carrying signs reading, "Stop the War on Women." Shouts of “Shame” were heard when the bill was passed this morning.

The bill still has to go to the House and then pass onto the Senate, but it has to be approved by lawmakers before the 30-day special legislative session ends on June 25. During a regular session, lawmakers usually go through thousands of bills, passing over a thousand pieces of legislation; but a special session is focused and deadline-driven.

Democrats have sworn that they will do whatever is in their power to stop the bill from passing— they already stalled the bill's passage this morning by not showing up at 6:46 AM, when the House was supposed to resume.