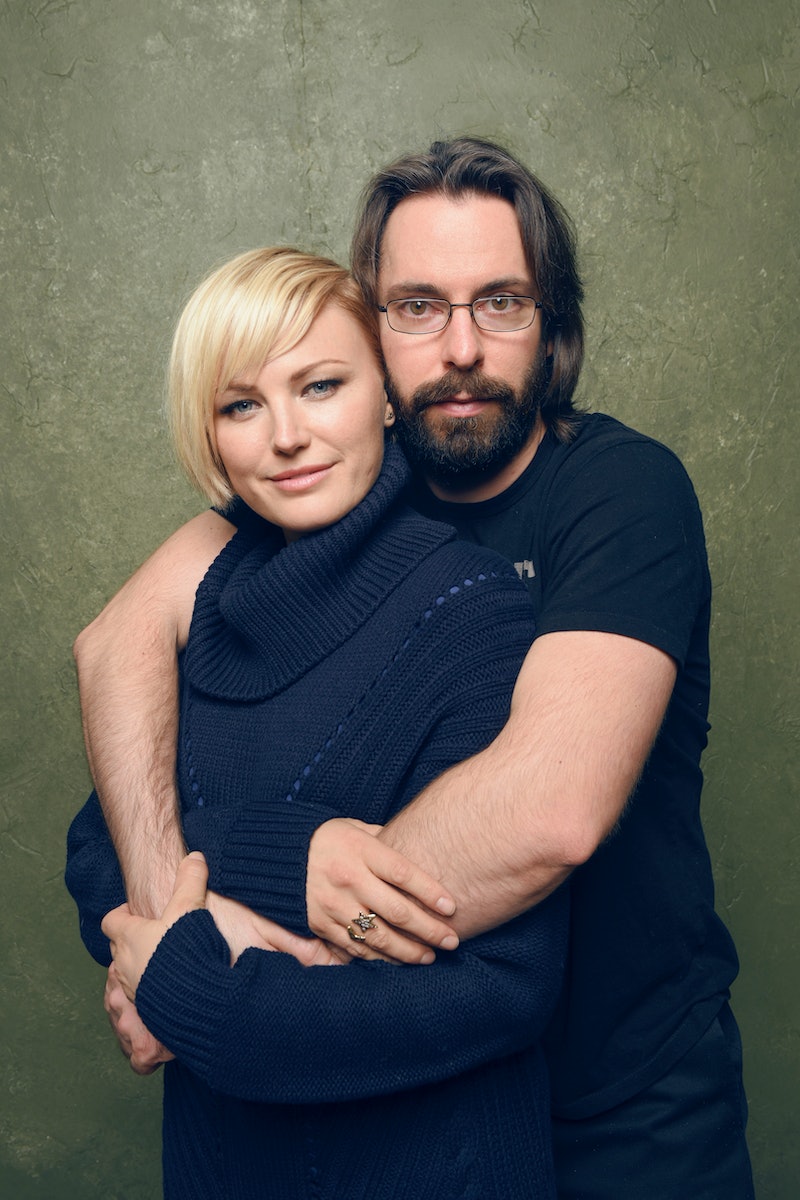 In 2015's sweetest Sundance Film Festival offering, I'll See You In My Dreams , Blythe Danner and Sam Elliott's Carol and Bill attempt to find love after love, proving affection and companionship can be found at any age. The film co-stars Malin Akerman as Danner's daughter, and Silicon Valley's Martin Starr as Carol's unlikely younger friend. In the film, Carol finds it challenging to date. And Akerman, who is a real life mother herself, can relate. She explains that motherhood has transformed the way she looks at dating. "For example, I would never date Martin Starr," she jokes.

Starr, who is sitting next to her during our conversation, chimes in: "Yeah, because I'm a real A-hole."

Akerman's son Sebastian turned 2 in April, and the single mother explains the difference between dating before and after having children. "It for sure changes everything, just because it's not as frivolous," she says. "I think it comes with age as well. When you're in your 20s you're having fun, you're figuring it out. I'm still figuring it out, by the way. I don't think you ever figure out love or relationships."

Starr, who can't seem to help but chime in at every opportune moment, says: "I've got it figured out. I've got a girlfriend... Just lettin' you know."

Without missing a beat, Akerman says: "Ladies... Martin Starr." She turns her attention to Starr: "You should give everybody's boyfriends a little talking to about how to be a boyfriend."

Starr agrees. "I'll write a how to pamphlet."

But dating isn't the only thing Starr is seemingly an expert on. I'll See You In My Dreams, which features a group of elderly men and women as leads, prompts Starr to explain why retirement communities are just like high school. "It's the same. There are cliques. There are people that hate eachother. People talk about other people. Some people are prudes and some people are total sluts. It's exactly the same, except now you're 80."

See I'll See You In My Dreams in theaters May 15. Watch the trailer below: