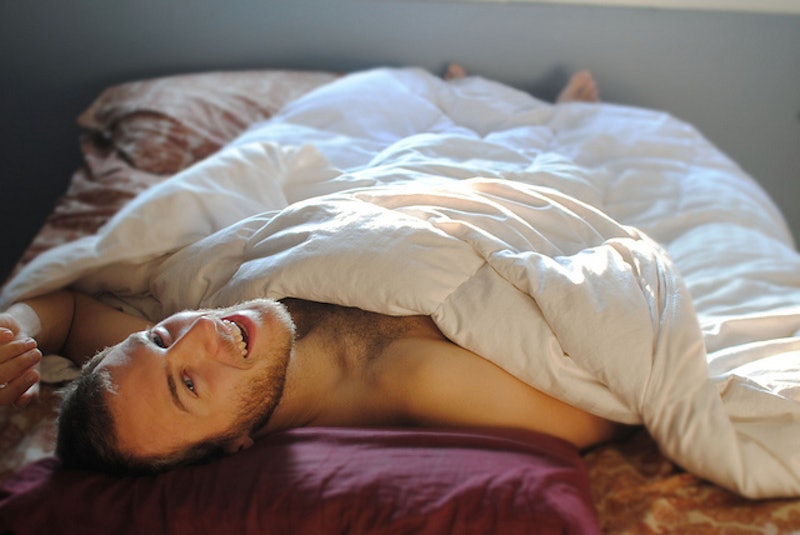 Have you ever wondered about the male orgasm? What does it feel like and how long does it last? First, it's important not to confuse ejaculation with orgasm. I thought they were tied up in the same thing, but it turns out that, while connected, men can orgasm without ejaculation. According to Men's Health "some men don't ejaculate until several seconds after orgasm ... and some men who are physically unable to ejaculate might find that they are still able to have orgasms." These leaves open the possibility of men having multiple orgasms, where they don't ejaculate for all of them, but it takes some practice.

But when it comes to length we're going to focus on the duration of the orgasm itself. While some insist that male orgasms tend to be shorter than their female counterparts, two studies down by the University of Minnesota Medical School found that male and female orgasms are actually very similar. Psychology Today reports that the studies show, rather than varying between men and women, there were variations between people. They found two main types of orgasms, and people were likely to stick to which every type they have:

These two types may explain why Dr Rachel Needle told Glamour that a man's orgasm can last anywhere between 5 and 22 seconds, the large discrepancy could be between the Type I and Type II orgasms mentioned in the study. But the same difference can exist with women as well, meaning when it comes to the big O, we're all a little more alike than we thought.