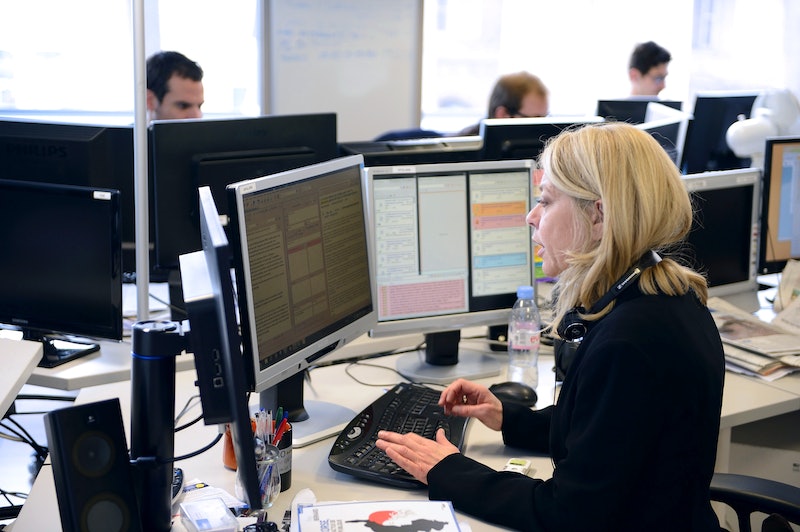 There's been a lot of talk about the wage gap as a national issue in recent years, but have you ever wondered how the gender pay gap could be impacting your life directly? Expert America, a resource for learning about starting a business, has conducted some research to see what states fare the best and worst in the wage gap. According to the U.S. Census Bureau, women make 77 percent what white men make; furthermore, a study conducted by the AAUW in 2013 found that figure to be equivalent to 78 percent on a national scale.

To see how the wage gap effects women state by state, Expert America used the median earnings of women in each state and Washington, D.C. (as a percentage of men's earnings) to calculate the date at which women effectively start working for free. They found that Louisiana fared the worse with a 34 percent pay gap; women essentially start working for free each year starting on August 29th. Women in Washington, D.C. face the least effects; the pay gap is only nine percent, and the "work for free" period begins on November 29th. To anyone who denies that a gender pay gap exists, Expert America says in their report that while the numbers vary greatly by state, the fact that there is indeed a wage gap is undeniable.

They broke down the statistics to calculate when women start essentially working for free in order to show the true impact the wage gap has and how unfair it is. “When we discuss the question of gender pay disparity, it can be difficult to visualize the gap in real terms, i.e. what it equates to in everyday life.... It is extremely alarming to see that in some states, women are essentially working entirely for free for nearly half the year," Micheal Horrack of Expert America commented in a press release. No one would expect you to show up for your job without getting a pay check simply because you're a woman, but that's essentially what happens when women aren't paid the same amount as men for doing the same exact work. Looking at the entire nation, women work an average of 80 days for free with the effects of the gender pay gap, meaning you're spending almost three extra months at your desk with no return. Talk about sobering!

Expert America also looked at how the gender pay gap affects minority women. White and Asian women earn more than women of other races and ethnicities overall. This also holds true when comparing the women in each ethnic group to the men of their ethnic group, instead of other women, as studies have shown in the past. When they studied these ethnic groups, they found Hispanic women earn 90 percent of what Hispanic men earn for the same work. Although this is a relatively small pay gap, a 10 percent pay bump can make a world of difference in someone's standard of living. Think about what you could do if you got a 10 percent raise on your salary — I'm guessing quite a lot!

If you're wondering why the gender pay gap continues to live on well into the 21st century, you're not the only one. In Expert America's report, they emphasized how women's earnings can have significant impact for families and how in this economy, women's wages have become increasingly important. "The economic and family landscape has significantly changed since women began entering the workforce; as such women’s wages are needed now more than ever," wrote staff member Amanda Abella. She also added how ridiculous it is that this is still an unwon battle: "It’s clearly our best interest as a society to make sure women and men are paid equally. This begs the question, what’s taking so long?" Our sentiments exactly.