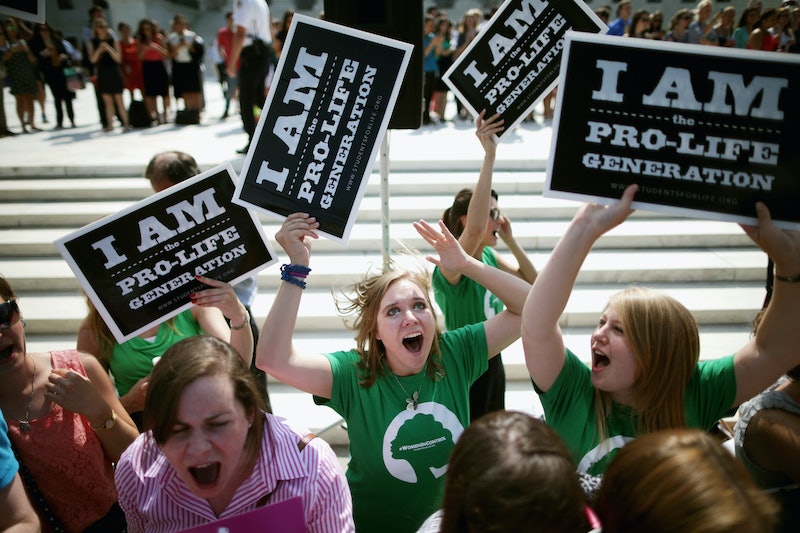 On Thursday, the Texas House passed legislation limiting a minor's access to abortion without parental consent. Now on its way to the more conservative Senate, this bill looks like it will become the first big anti-abortion legislative victory this session. Forgive me if I don't cheer.

The bill, brought forth by Republican Rep. Geanie Morrison, seeks to tighten Texas' judicial bypass laws — when a judge grants permission for an abortion without parental consent. Texas law requires that minors seeking an abortion have permission from one parent. The judicial bypass law allows minors who fear that getting an abortion will put them in danger to seek anonymous permission. But with the bill's handy passage, 93-46, Texas Republicans have erected another legislative maze for vulnerable teens.

The most egregious new restriction is that doctors are now required to assume women seeking abortions are minors unless they present a government-issued form of identification. This — like voter ID laws — disproportionally affects low-income teens, minorities, and teens in the country illegally.

The Texas Tribune reported that when asked specifically about the barrier to human-trafficking victims, Morrison gave this very helpful response: "If they’re actually a victim of human trafficking, they should be going to a police department."

Additionally, the bill requires minors to appear before the court in her home county or the county where she will obtain an abortion rather than filing the request electronically. It also asks the court to take into consideration her age, history, and steps she took to "explore her options and the consequences of those options."

...all of this from the legislature that passed an omnibus abortion bill in 2013 that effectively shuttered many abortion clinics in the state. Is your head spinning yet?

For authoring a bill that stripped away important protections for teens in tough situations, Morrison wasn't willing to get too specific on the whole, you know, legislative bits. According to RH Reality Check, Morrison said she couldn't "speculate" on what the new process would look like, nor did she know the average age of minors seeking abortions through judicial bypass.

This rightfully gave Rep. César Blanco pause. "You have no knowledge, but you're filing the bill?" he asked.

Morrison answered, "That is correct."

So, despite the Democrats' slew of amendments to weaken the bill (none of which passed) and a bill sponsor who offered the legislative equivalent of ¯\_(ツ)_/¯ to important questions, yet another abortion restriction heads to almost sure victory in the Texas Senate. Thanks a lot, y'all.