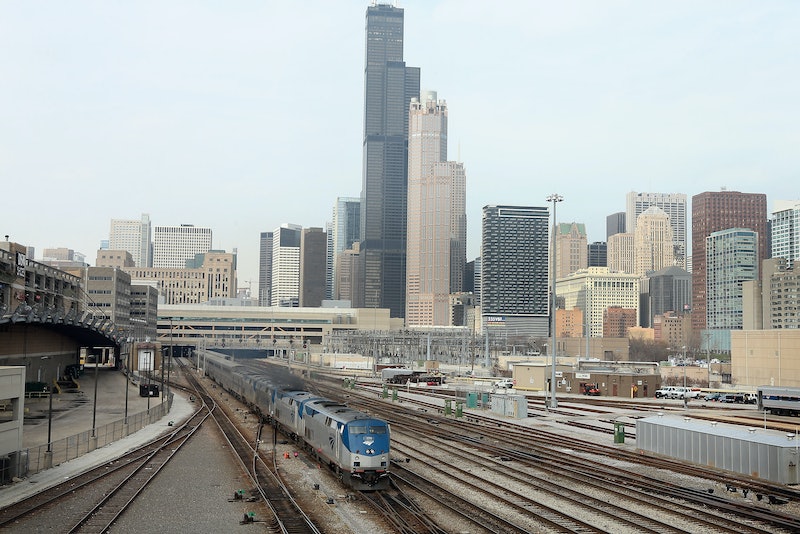 On Tuesday, an Amtrak train derailed in Philadelphia, killing at least eight people and injuring more than 200 people. On Wednesday — less than 24 hours after the Amtrak accident — House Republicans voted to slash Amtrak’s budget by $260 million, which is roughly 20 percent of its total budget. This might seem shocking, but it’s nothing new. American infrastructure has been crumbling for years, and America’s spending on it just continues to decline.

According to The New York Times, America’s spending on construction is currently at its lowest level in 22 years. At this point in time, the federal government is spending about a third of the amount that state and local governments are spending on infrastructure, International Business Times reports. While, on average, infrastructure spending stood for about 1.8 percent of economic activity between 1993 and 2008, it now only represents 1.5 percent — and that decline definitely shows. International Business Times reports that the American Society of Civil Engineers’ 2013 Report Card for gave American infrastructure an overall grade of a D+.

This is not to say that improved infrastructure could have prevented Tuesday’s crash. Admittedly, it has surfaced that the area of the track on which the crash occurred did lack advanced braking technology, which was created to prevent derailments such as Tuesday’s. However, what Tuesday’s crash really highlights is a big discrepancy between America’s infrastructure and that of the rest of the developed world.

When the train derailed outside of Philadelphia on Tuesday, it was reportedly traveling at least 100 miles an hour, which is double the speed limited designated for that section of traffic. In France though, that train’s irresponsible speeding would actually be just half the average speed of a French train on a trip from Paris to Marseille. Moreover the distance between Boston and Washington, which the Amtrak train was traveling, is about a six and a half hour trip. The trip from Paris to Marseille, The New York Times reports, is only a slightly longer distance and takes less than half the time — just over three hours.

America’s infrastructure clearly lags miles and miles behind Europe’s. So far, in fact, that in order for U.S. infrastructure to be simply repaired and restored to adequate standards — not even European standards — an estimated $3.6 trillion would need to be spent. With that amount of money required, the government is going to have to get involved, The Economist reports. And yet, Congress can’t seem to get its act together. In the highway bill passed last summer, Congress voted to keep spending at current levels, rather than increasing the levels to address necessary repairs.

And now, after long waiting to address Amtrak funding, Congress is once again going the wrong direction — and then some. When we need trillions to fix infrastructure, the logical answer is not hundreds of millions in budget cuts.