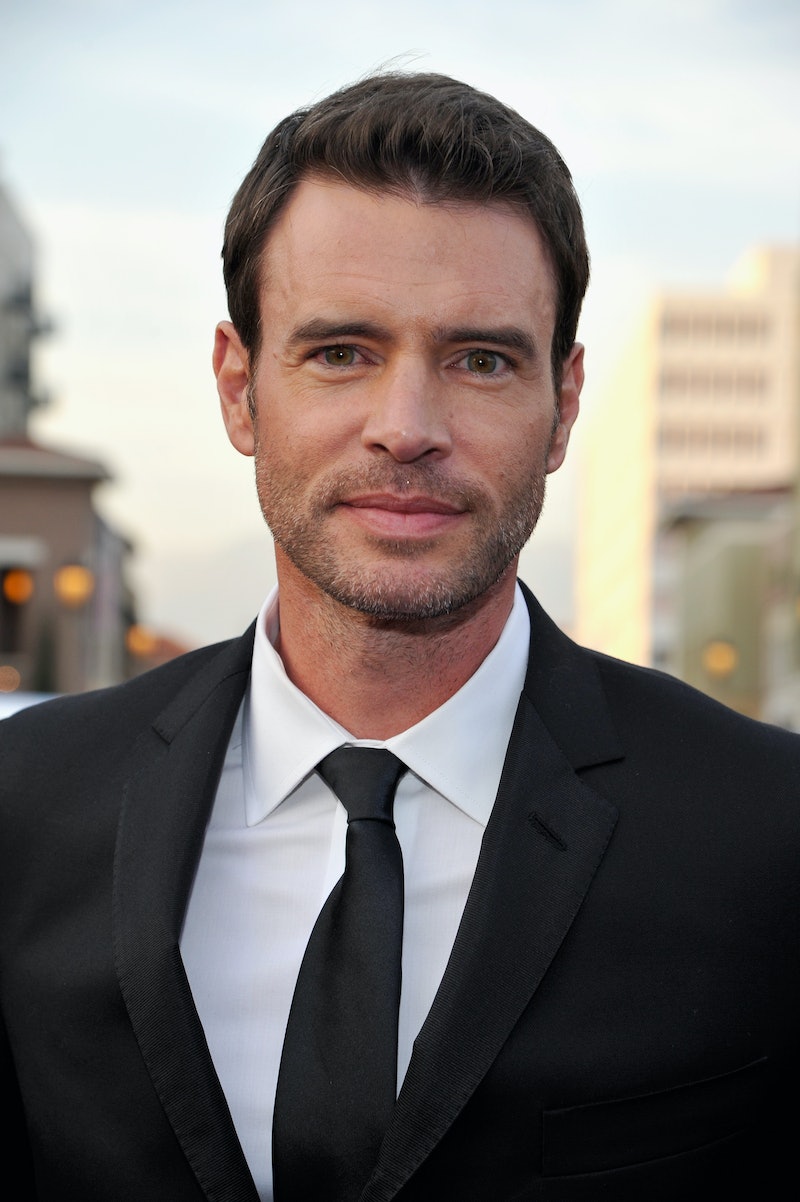 Scott Foley loves dogs. Like a lot. Like probably more than you do. He's working on a new campaign with Merial (the company that makes medicine to keep your dog from getting heartworm) called #iHeartMyDog which helps to raise money to pay for therapy dogs for people with disabilities. I know, I know. You're going to need a minute because that may just be the sweetest thing you've ever heard. Well, it's not. Because when I chatted with Foley about Scandal and his new charitable venture, he also told me a little about his own pup, Frankie, who's "now 65 pounds and this beast of animal that digs holes in my yard and eats my couch, but I love her to death." Warning: This article is full of unbearable cuteness.

In order to promote the #iHeartMyDog campaign, which asks that fans tweets pictures and videos of their dog with the hashtag and for each one Merial will donate a dollar to Canine Companions For Independence, Foley filmed a little mini-movie with his family dog, a rescue pup named Frankie, and while he says the production had planned to use a stunt dog who was trained to work on camera, Foley's dog kinda stole his job.

"We were blown away ... We just used Frankie and thought 'Oh, she can’t do it, we’ll use the other dog' but she did it and she just kept going at the end of the day, when I was leaving, there was applause and it wasn’t for me," he says. "It was crazy. She was so good, I was so proud of her." See? I warned you.

Foley says Frankie "chose" him in the video and apparently, that's not even a slight exaggeration. Foley says the dog follows him around constantly. "I have a big family and the dog could have gotten attached to anyone one of them and loves them all equally as they do her, but for whatever reason ... I’m the one the dog goes to," he says. "When I pack a suitcase, the dog is there watching me pack, knows I’m leaving. When I come home from work, the dog is right there greeting me, before my kids even get there. If I’m running late, the dog waits up for me at night. It’s amazing."

And while Foley does have a family cat, he says he's firmly a dog person. "They rely on you more than cats do — we have a cat too and the cat couldn’t care less about you, but dogs need you and rely on you and they I think they know that they give us just as much as we give them and it’s a reciprocal relationship," he says.

So while Foley is working for team dog, I had to ask if we could get a pup on Scandal — if there's one thing that jam-packed show is missing, it's some animals to adore.

Agreed, Sir. From your lips to Shonda's ears, please!

For more information about #iHeartMyDog check out Foley's video below.