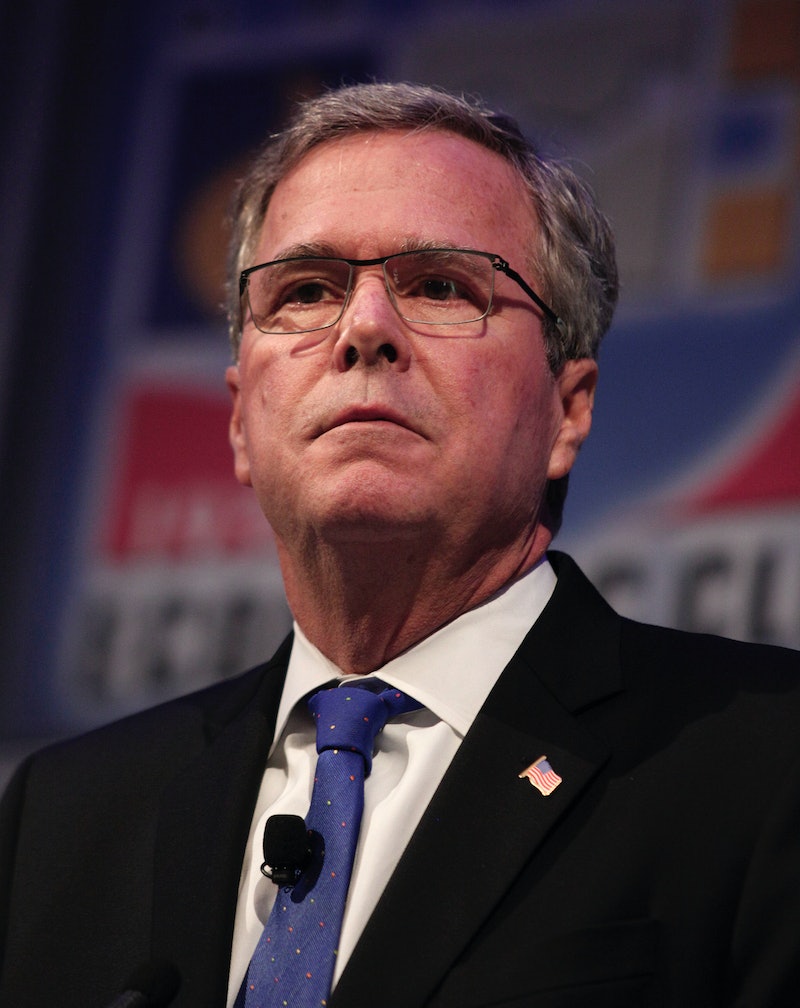 Although he has yet to even officially announce his run for president, Jeb Bush is already running into trouble over his brother George W. Bush’s legacy of the war in Iraq. And, in the true spirit of brotherly love, Jeb is (or was) supporting his brother and his decision to go to war. On Monday, in an interview with Fox News, Jeb said that his brother and the former president made the right decision back in 2003, considering the information that was available to him at the time.

Then, a long week of criticism followed. Bush changed his position, shifted his rhetoric on the topic, and attempted to clarify what he meant to say. Just days after saying that his brother made the right decision back in 2003, Jeb said he didn’t actually know what he would’ve done, if he had been in that position. Then, on Thursday, he said that he would not have voted to wage war on Iraq, given what we know now.

All of this flip flopping on such an important issue, an issue already so tied to the Bush family name, has caused some serious harm to Jeb’s campaign persona — and some are questioning whether that harm is irreparable. As The New York Times columnist Gail Collins points out, one of Jeb’s biggest points in his favor was his “aura of competence.” He seemed capable of remaining even-keeled and maintaining his rationale.

Here’s Jeb’s downward spiral on his position on the Iraq War, captured in quotes from just this week.

In an interview with Megyn Kelly Monday on FOX's The Kelly File, Bush seems completely in support of his brother’s decision in 2003. He seems to say that he would’ve done exactly the same thing if he had been in his position.

Newsflash to the world if they’re trying to find big space between me and my brother: This might not be one of those.

In retrospect, once we invaded and took out Saddam Hussein, we didn’t focus on security first. And the Iraqis, in this incredibly insecure environment, turned on the United States military because there was no security for themselves and their families. By the way, guess who thinks that those mistakes took place as well? George W. Bush.

Then, he tries to dodge the conversation, by urging focus to be on the future and not the past. He says that by undercutting his brother’s decision, he would feel like he would also be doing a “disservice” to the troops that served in the Iraq War.

What we want to be focusing on are what the lessons learned…I think the focus should be on that, on the future.

And then, by Thursday — less than a week after his interview with Fox News, Bush seems adamantly against the decision to go to war with Iraq, knowing what we know now.

Knowing what we know now, I would not have engaged, I would have not gone into Iraq.

Correction: An earlier version of this article stated that Jeb Bush's interview with Megyn Kelly took place on Sunday on Fox News, not Monday on the Kelly File.