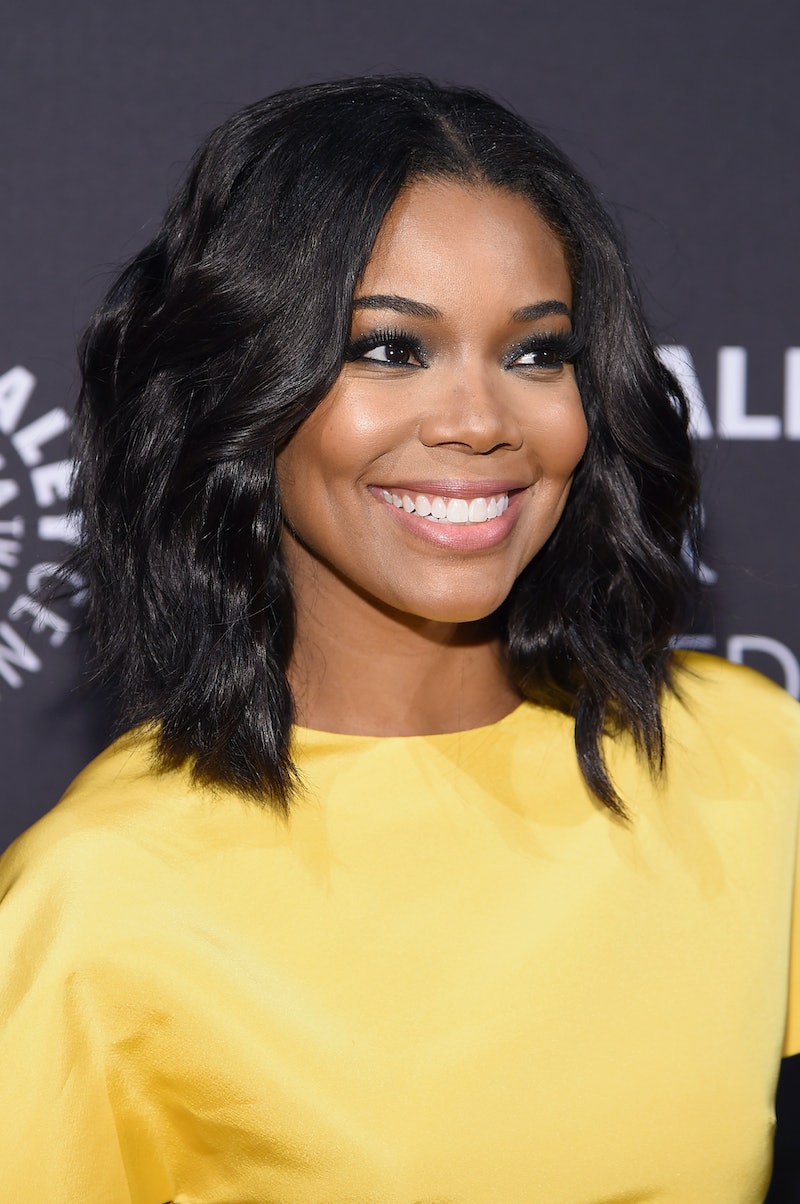 Honestly, yellow isn't a color that I would say I liked, but I can't deny that I loved Gabrielle Union's yellow dress from the Tribute to African-Americans in Television event. I don't know if it was the shade of yellow, the shape of the dress, or the fact that the inside of her heels were the same color, but I can't keep from wanting a yellow dress just like hers. And you have no idea how weird that is for me to say.

Mrs. Union-Wade stunned in a dress that was tailored in so many perfect ways. First, being the length, which takes after the uber-trendy tea-length that has been taking over. And instead of going down into the traditional pencil style, Union's dress was full and flowy, while still fitting like a glove in the bodice. Then there's the sleeves, which gave off a little flare, extending her arms and balancing out the bottom. But I have to say, the best part of the dress has to be the back, which was open, without being too open. A yellow strip (almost like a built-in bandeau) breaks it up, right in the middle. This is a classy way to do an open back, and I love it. And to stick with the classy look, she went with no real accessories, that is, except for her ankle-strap heels, which featured some nice jewel-detailing, a polka dotted heel, and a yellow inseam in a shade that's very similar to her dress. I don't know how much more she could've been spot on with this look.

Even though I don't really watch Being Mary Jane, I know I should. And after seeing Union in this dress, it has not only convinced me to catch up with Season 2, but it's definitely changed the way I feel about yellow. Well, at least a little bit. I wouldn't say it's my new favorite color (because that's obviously black), but it's made me readjust my perception of it. Instead of looking overly bright and in your face, Union chose a shade that's as soft and pretty as a blush pink. And needless to say, it totally works.