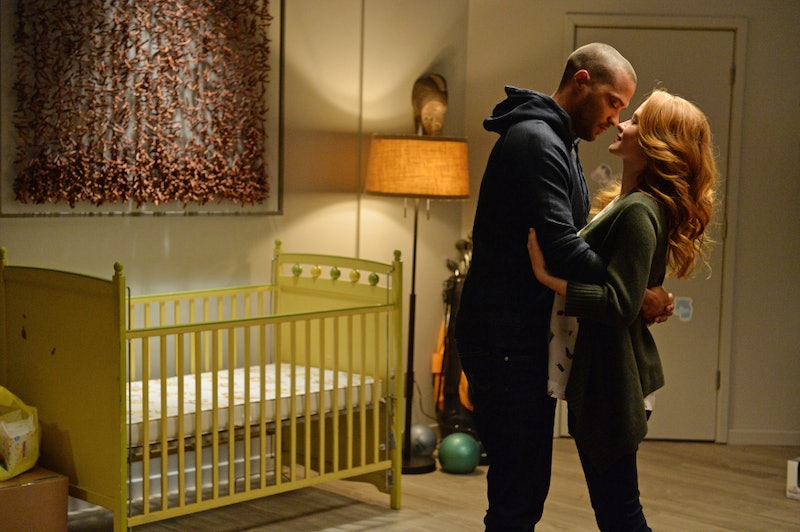 In Shonda Rhimes' crusade to destroy every relationship (well, that's what it feels like, at least), Jackson and April might split up on Grey's Anatomy. In the dramatic season finale, April told Jackson about wanting to go back into the war zone to help injured soldiers. But Jackson, finally back with his wife after a year, wasn't so keen. In fact, he offered her an ultimatum: if she leaves, they're done. While she didn't make a decision yet, the final scene showed her sobbing on the shoulder of Arizona Robbins, so it's not looking good for the pair.

Ultimatums are rarely bred from healthy relationships, but I kind of understand where Jackson is coming from. April up and left for three months which quickly turned into an entire year and she didn't seem all that concerned about Jackson. It's true that she needed to heal after losing her son, but Jackson also needed to, yet he was left in the dust. "You know what I've been through this last year? What it was like? You don't know, you never asked," he told her during a heated fight.

But as hurt as he may be, Jackson still wants the best for April. "Maybe you should go back," he advised her. "When you lost [the baby] a light went out in you and I miss it. Whatever it was over there, it got relit."

Although he doesn't think he can wait for her again, it's clear that he still loves her a lot. And April feels the same. If she didn't care, she wouldn't have been bawling over making the hard decision. Things are looking grim for the pair right now. But I'd like to hope that even if April does go, eventually they'd find their way back to each other. The two have been through so much from engagements to other people to losing their baby. Jackson may think that he can't wait for April, but I think the pair is meant to be — no matter what.

Fortunately the actress who plays April agrees. "Even after they got married, they fought so hard for each other as a couple as they were navigating coming from two very different backgrounds and two different world views," Sarah Drew told Entertainment Weekly. "It’s all pretty epic. I can’t imagine her being OK with letting go of him. I hope that we get to see them fighting for each other ... I can’t imagine that they’re not going to at least try. They’ve been through too much to not try."

Maybe Sarah Drew can convince Shonda Rhimes that the couple needs to stick things out. Jackson and April may have a tough road ahead of them, but I'm keeping the faith. I can only hope that Grey's Anatomy won't lose another iconic couple. Fans, and Jackson and April, have been through enough.