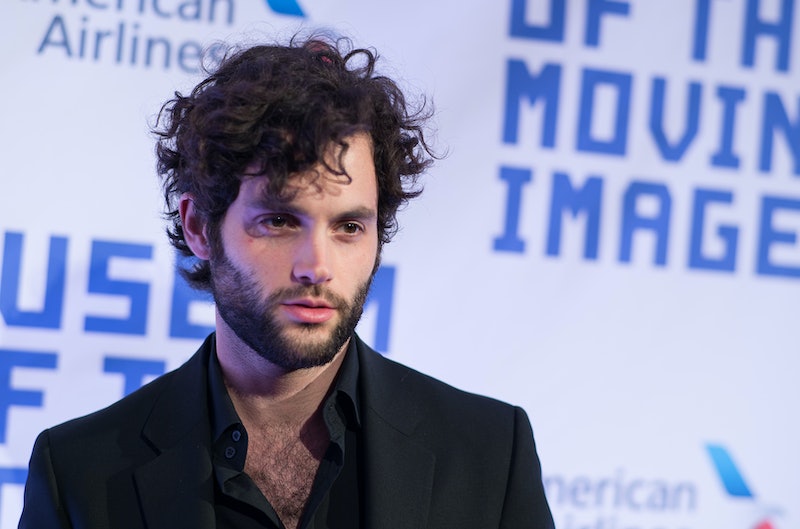 I remember Penn Badgley sulking around my neighborhood when I lived in Brooklyn, and I soon became the resident Dan Humphrey spotter in my group of friends. I literally saw him everywhere: in front of me to get an espresso at the corner, taking a nap on his skateboard at the park, taking the train with Zoe Kravitz back when they were the ultimate Williamsburg hipster couple. One thing that became very clear to me while seeing him in his natural habitat was that as much as fans saw them as one person, Penn Badgley was not his Gossip Girl character Dan Humphrey.

The actor has never minced his words when it comes to his feelings about the show that brought him fame, and in a recent interview with People, he continued down this road. When asked about the series' ending that revealed Dan was Gossip Girl, Badgley responded, "It doesn't make sense at all. It wouldn't have made sense for anybody. Gossip Girl doesn't make sense!"

If you look back at Gossip Girl's ending, you can see where Badgley is coming from. There are even Tumblrs dedicated to all the reasons that Dan could not have been Gossip Girl. This is serious business, y'all!

Badgley did concede, "But no, it made enough sense. He was a writer."

This isn't the first time the actor has voiced some negative opinions about his work on Gossip Girl. Here are some more instances when Badgley really spoke his mind.

When He Pointed Out The White Privilege

Just a bunch of rich kids sitting on their city.

While promoting his film, Greetings from Tim Buckley, he told Salon, "To be proud of something is a really nice feeling... And it’s a new feeling, and it’s something that I wanna keep going with. I can walk a little taller feeling that I don’t have to be constantly apologizing for the work that I’ve done in the past.” OOP.

When He Said Dan Was A Douchebag

Speaking to Vulture, Badgley had some tough words about people comparing him with Dan Humphrey. He said,

No, it's not that I don't like my character. It's just, after a while, you're known as somebody that you're just not, and this is somebody who I so am not. He's not real. He's a tool on a show with soap-operatic arcs and he needs to be a judgmental douche bag sometimes. I get that. I don't hate anybody for that. But it sucks when people call me "Dan" and think that I'm him.

When He Said He Had A Problem With The Ending... Again

In 2013, Badgley spoke to Vulture to promote his role as Jeff Buckley and it was clear the ending of Gossip Girl struck a bad chord with him:

I have to bite my tongue there. The end was strange for me, for all of us... That has been my problem with television — you start with something real, and it eventually becomes, against all odds, How do these six people still hang out every day? It’s f*cking crazy. It’s impossible. I mean, those six people — why do they even keep hanging out? Because they have to, because they’re on a show. So you start to figure out these asinine ways to keep them all together. Eventually, you have this group of kids circumventing the FBI, dealing with ghosts. And that’s not anyone’s fault. That’s not the writers’ fault. It’s just the nature of television. And that’s why after so many years of working in it, I was, Seriously? I cannot do this anymore. Not to discredit whatever success I have, but right now being famous, being successful, whatever, it exists in this giant gray area.

Well, I think we all know how he really feels.