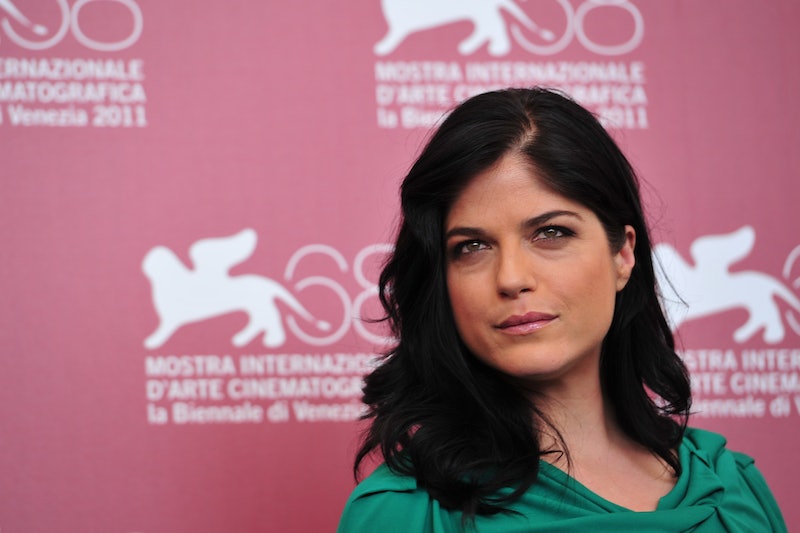 American Crime Story: The People v. O.J. Simpson, the upcoming series about the iconic OJ Simpson trial, has a star-studded cast playing a star-studded cast of characters. Those who recognize the O.J. Simpson trial will remember the key players, and younger viewers will recognize the Kardashian elders. John Travolta, Cuba Gooding Jr., and David Schwimmer were already signed on, and it was just revealed that Selma Blair will also join the American Crime Story cast.

Images of some of the actors in costume have now surfaced, and it's pretty clear that this series is going for all the '90s references and recognition. We can now see Gooding Jr. as a suited-up O.J. Simpson, Blair as Kris Jenner before she was a Jenner, David Schwimmer as Robert Kardashian (Simpson's lawyer), and John Travolta as the litigator Robert Shapiro. Creators Scott Alexander and Larry Karaszewski have not taken any liberties with these characters. They all look like they just stepped out of the news coverage, and there are elements of the costumes that seem almost over the top, as though they are winking at the audience. Remember shoulder pads? Remember Robert Shapiro's eyebrows? In fact, the actors are almost identical to their real life counterparts. Check it out.

Here's the real Robert Shapiro (with DA Johnnie Cochran on his right).

Here's Kris Jenner around the time of the trial:

And here's Blair as Jenner in a sexy suit:

And here's Ross, I mean Schwimmer, as the Kardashian patriarch:

Here's an iconic image of Simpson:

And here's Gooding Jr. in the role:

The dead-on accuracy of these images points to fact that the miniseries will remain very true to history, though perhaps a little nostalgic. The fact that so much care was taken to make the actors look as close to their '90s counterparts as possible shows that the creators are paying a special attention to detail that hopefully means their adaptation of the controversial trial will be as tasteful as it is entertaining, and as education as it is scandalous.