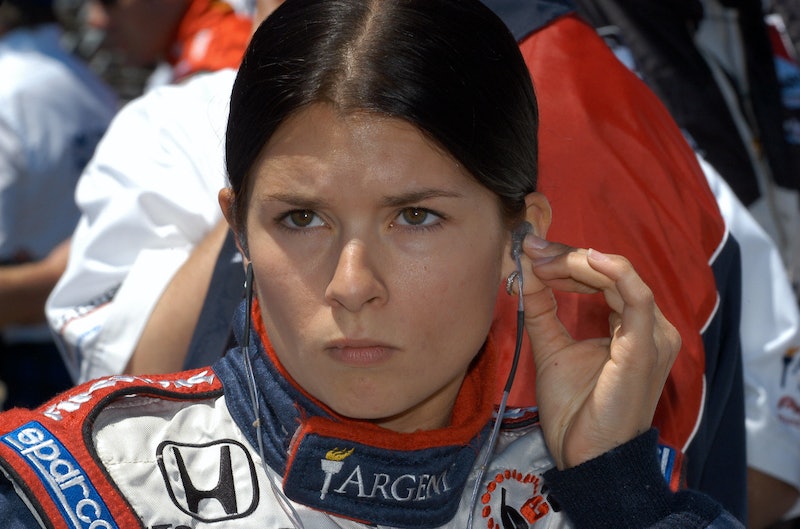 Being universally bad behind the wheel is one of the more enduring (and obnoxious) stereotypes about women. Hold on to your handbrakes ladies, because the results of a new British study published in The Telegraph found that women are better drivers than men, so all the road rage and bad jokes you've endured are not actually based on empirical evidence.

Privilege Insurance conducted a month-long look at drivers in one of London's busiest intersections by monitoring 50 people from the inside of their cars and 200 people from the outside of their cars. After analyzing each driver using 14 different points of driving criteria, the overall score for women was 23.6 out of 30, while men only scored 19.8 — and the biggest gender discrepancies related to safety and speed.

In this survey, "better" is obviously synonymous with "safer," because it IS an insurance company doing the judging after all. While women always outranked men in safety, guys might be pleased to know that they scored 100 percent on steering and maintaining control of the vehicle, while ladies only reached 96 percent. And I'm sure plenty of dudes will also be elated that 14 percent of men but only 1 percent of women were found "cutting dangerously into traffic," since only the bravest of the brave dare to "drive aggressively."

In some instances, being a good driver does arguably mean breaking the rules, and, hey a little speeding never killed anyone. (Oh, wait...) So what this study actually suggests is that men may tend to be a bit more aggressive behind the wheel and women may tend to be a bit more cautious — although there are plenty of men and women who break the mold. So next time you get honked at for driving 10 miles over the speed limit instead of 25, just remember to shrug and tell the guy in his shiny phallus of steel that you're sorry, but your vagina made you do it.