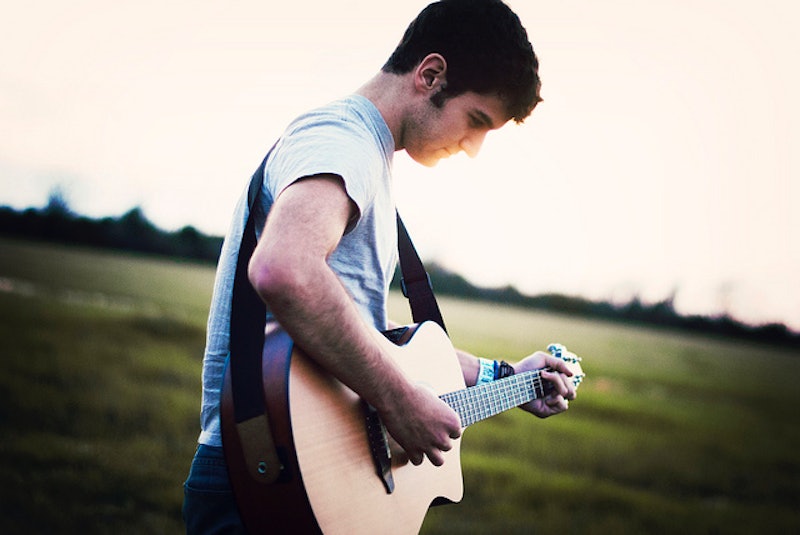 Grown-ass man. Every woman who dates men deserves herself such a man. For those of you who may be unfamiliar with what exactly constitutes a grown-ass man, let me, a man, help describe this righteous dude in all his glory. A grown-ass man is undeniably secure and confident with himself. He’s the kind of guy who would never say or do things that men from your past have, because these guys were childish, and did things that stemmed from their own insecurities – and these things hurt you. Essentially, a grown-ass man is a modern take on the gentleman.

You could argue that a synonym for the grown-ass man is “husband material”, but even then, a man can in fact be deemed "grown-ass" even if you don’t intend on marrying him or marriage in general. So this is why we’ve chosen to go with grown-ass man, because there's just no better way to say it. Any questions? Great!

To help further explain (or help identify whether the man you’re seeing is indeed grown-ass), I’ve provided eight things that no grown-ass man would dare talk about to his partner.

A man who boasts about his penis is either insecure about its true size, or doesn’t have much else going for him besides that. So in both cases, the man who speaks highly of his precious penis, is not a grown-ass man. He’s just the opposite.

Another thing a grown-ass man won’t do is brag. This is because he doesn’t feel the need to. He’s confident in his sexuality, and your sex life, and that’s all that matters to him. Even when he’s out with his buddies, if he’s asked about his sexual exploits, he’ll either say nothing, or voice something along the lines of having “no complaints.” No other details will be provided out of respect for you.

A man who talks about his exes is a man who’s looking to get a reaction out of his woman. It’s merely another sign of his insecurity. By mentioning his ex, he’s looking to feed his bravado, so the best thing you can do for yourself is let him say what he has to say – and it won’t be much, I assure you. Once he sees that bringing up ghosts from the past gets nothing out of you, he’ll stop mentioning it – it’s intended purpose is no longer being addressed.

Like his manhood, a man will mention his money as a means of winning a girl over. Unfortunately, sometimes this works. But most of the time, a woman requires so much more from a man than an impressive bank statement, and the kind of guy who talks about his money at length, probably doesn’t have much else.

The only reason he wants to talk about your exes is to see how he measures up against them. Did you upgrade when dating him? Downgrade? He wants to know, and if you don’t tell him, he’ll snoop through your social media networks to find an image of you two embraced at a fair or on vacation together. Again, it’s evidence of his insecurity. Either way, he shouldn’t care, because he’s the one your with and want to be with, and that’s all you need to tell him.

A man who tries to steer his partner away from her friends has some strange kind of agenda where he selfishly wants you all to himself. He’s possessive. Unless your friends are bad influences on you and cause harm, there’s no reason to berates them besides either wanting you to hang out with his friends more, or having you all to himself – which might sound romantic in the beginning (that lovely honeymoon phase), but after you’ve been with the guy for a while, totally isn’t.

say aboIn-laws or your significant other's parents may not be the most well-received category of person, but a grown-ass man would never speak ill of them. While he might agree with things you say about them after a heated bout, and won’t appear the slightest bit excited when the two of you are invited to dinner at their place, he’d never dare trash-talk the people who made you, you.

8. How much things cost

Have you ever gone out with a guy who’s made it a point to reference how expensive the restaurant he’s brought you to is? This is no grown-ass man. Nor is the guy who keeps the price tag on gifts or the guy who tells everyone how much his car costs. He's using these price tags as a means of talking himself up. Similarly to bragging about his income (stated prior), he's making his belongings his most attractive quality.