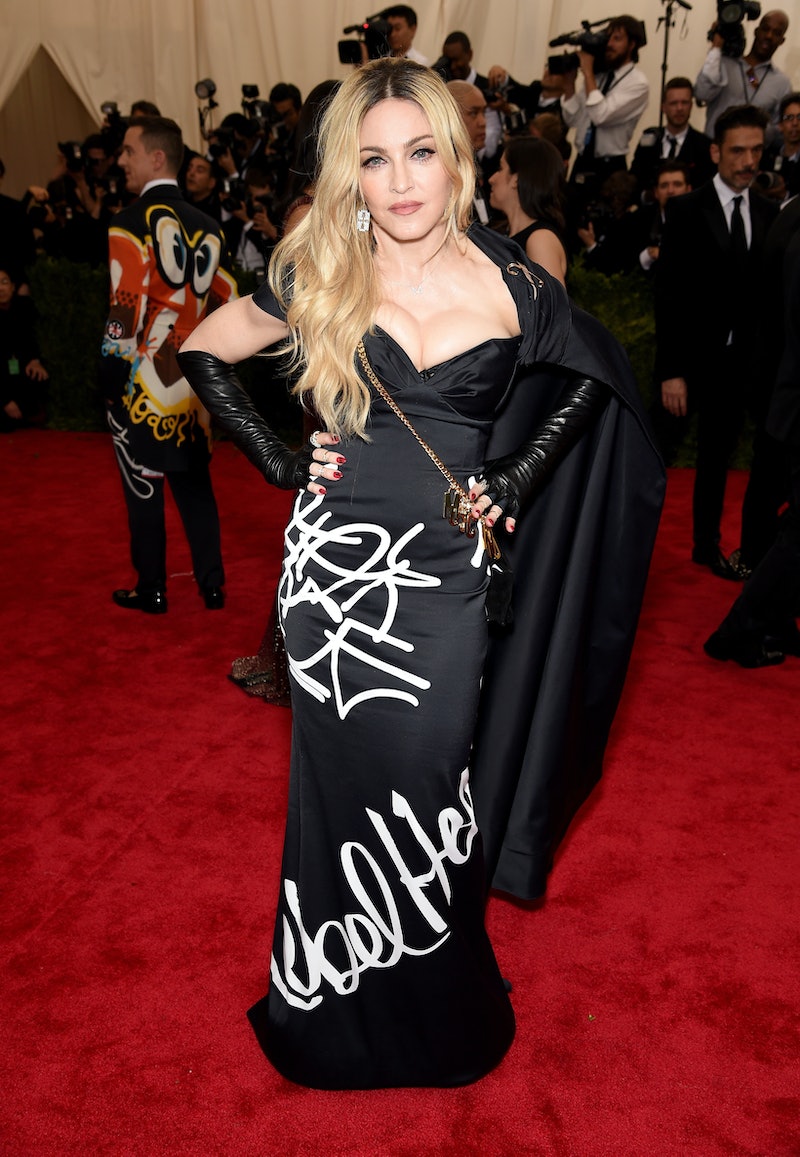 Mermaid hair is here to stay, because her Madgesty said so. Madonna debuted her pink ombré hair on Instagram today and it's a fresh, new look for the Queen of Pop. Just last week, the Rebel Heart singer attended the 2015 Met Gala in her signature blond locks — a hair color that she's loved for most of her career (even naming her iconic world tour Blond Ambition after it), so it's quite a treat for her fans when she steps out of the box to try such a different and daring hairstyle.

Ever since she started out, Madonna has changed her hairstyle often, going from a natural-born brunette, to dirty-blond highlights, to full-on Marilyn Monroe platinum blond. The latter look has influenced several other celebrities to reach for the bleach. More recently, Kim Kardashian said Madonna inspired her blond hair during for Paris Fashion Week.

“I’ve always had this image of Madonna with platinum hair in my references folder on my computer and I’ve been waiting a long time to try the look,” Kardashian told People magazine. But Madge's pink ombré also seems like she's following in the footsteps of other stars who traded in their monochromatic hues for the mermaid hairstyle, including Kylie Jenner and Hilary Duff. But because she's Madonna, these millenials have to admire and respect how much influence the singer's had on fashion and beauty today. And aside from her pink hair reinvention, Madonna made music history this week after becoming the artist with the most No. 1 songs on a single Billboard chart.

Check out photos of Madonna's pink ombré hair below, then watch her 1984 performance of "Like a Virgin" — wearing a bright pink wig.