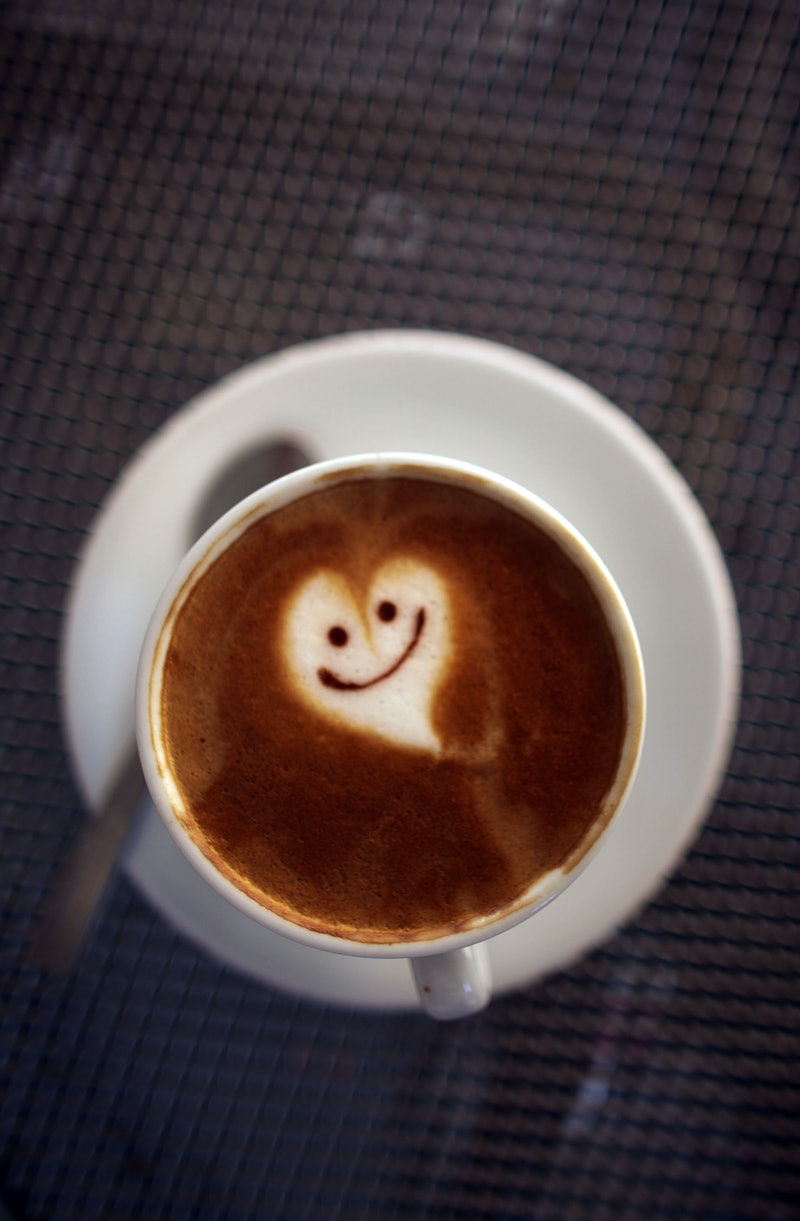 The world at large has deliberated over whether or not there's one distinct key to happiness, available to any and all who either grasp it or achieve it, for millennia. Now, researchers are finding that true happiness is actually based on our expectations. So, you know, you might not want to expect so much?

Happiness is complicated. Philosophers have contemplated it, talk show hosts have obsessed over it, and the rest of us have just kind of hoped we were on the right track. With the realization that material objects won't make us happy and the increasingly accepted idea that experiences are more likely to fulfill us in the long-term, it seems that we are getting closer to that secret recipe. Researchers have found that the amount of money we have at our disposal only goes so far, and that depending on where you live, that number ranges between a relatively modest $65K to $90K. If it's true that hundreds of thousands of dollars don't hold the secret, the majority of us really need to get our priorities straight.

Researcher Robb Rutledge of the Max Planck University College London Centre for Computational Psychiatry and Ageing Research, who was responsible for these findings, claims that happiness truly can be broken down into specifics; choice and reward. "Happiness depends on safe choices, expectations associated with risky choices, and whether the outcomes of risky choices were better or worse than expected," he wrote in a OECD post.

Ultimately, his research shows, happiness can be predicted by using the above variables as well as a "reward prediction error," or the differing outcome between what you thought would happen and what actually occurred. This is all, of course, in human terms. Here's the computational/neural model. Thanks science.

Thus, when people make statements to the tune of, "I'm excited but I'm not going to get my hopes up," or "I'm cautiously optimistic," they're more likely to be happy overall because they're not inflating expectations or allowing themselves to become too wrapped up in an unsure outcome.

Here's my thing with quantifying human emotion via a computer: it's more complicated than that. Yes, people are disappointed when things don't go as expected as this can indeed bring them down. But there are a myriad of other factors that can come into play that, despite the ridiculous look of the above equation, would require one perhaps 10 times the size to ensure any semblance of accuracy.

General life fulfillment, quality of relationships and inherent chemical behaviors are all incredibly important factors, among others of an equally vital yet frivolous nature. Wine, for example. Where's the wine variable?