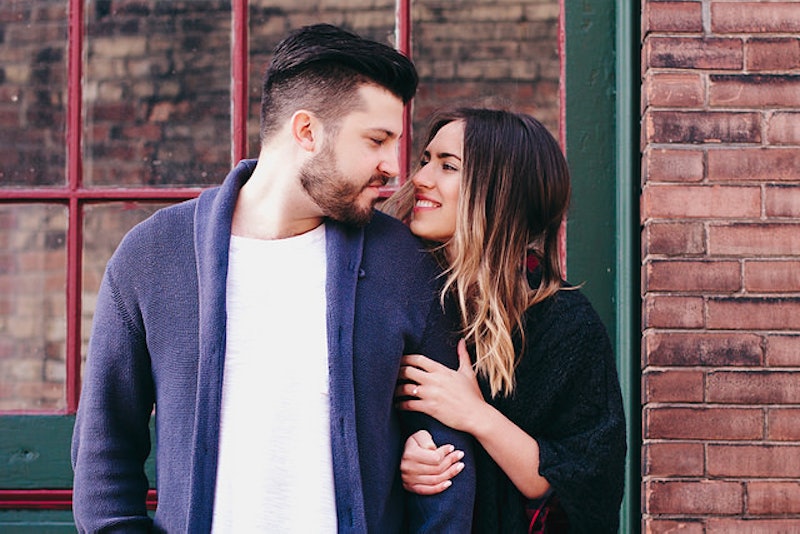 What do you like in a partner? What’s your “type?” Tall, dark and handsome? Someone on the shorter side? What about nerdy-cute? Or an animal lover? Perhaps the funny one? Or maybe the girl or guy whose body says, “I work out, but I’m not afraid to party it up on the weekends and eat a slice of pizza or two at three o’clock in the morning?” Whatever your type may be, or whatever you think your type may be, study shows that having a type may not actually exist. Instead, a little thing called revisionist history happens, in which people start dating someone they like and suddenly their preferences change to match the traits of the person they’re dating.

Social psychologist, Lorne Campbell of the University of Western Ontario, posed the question, “Do individual’s preferences for a romantic partner when they are single reflect the traits and personalities of their actual future romantic partners?” Campbell indicated that there were a vast array of studies that have already been done on interpersonal attraction or partner preferences. So, after some intensive digging, Campbell summarized his research into four key findings:

Key Finding #1: If you ask people in relationships what their preferences for an ideal romantic partner look like, more often than not, their current partner will closely match their indicated preferences.

Campbell suggests that after people enter a relationship, they change their preferences to match the realities of their new partner. He also said that over time, partners can even change each other to match their own individual preferences.

Key Finding #2: When people were given dating profiles to read, they reported to being more attracted to potential partners that better matched their ideal preferences.

This finding suggests the importance of ideals and personality over physical types. However, Campbell noted that since many studies create these “potential” partners, no real relationships can actually grow, making it hard to determine if people’s preferences actually predict their choice in partner.

Key Finding #3: There’s a lot of overlap between the age people prefer to marry and the age of people they do marry.

Key Finding #4: Just because you like them on paper, it doesn’t necessarily mean you’ll like them after meeting in person.

In the context of online dating, people’s preferences for what they want in a partner does not predict who they actually like after meeting face-to-face. So, while people may have preferences when reading through online profiles, it doesn’t indicate how much they’ll actually like that person once they meet them.

So, what does this all mean? Do people end up dating their types? Is there even such a thing as having a type? The answer is …

Yes. No. Maybe? It’s hard to say. As Campbell said,

“In none of the research mentioned above is it possible to determine if the preferences of research participants assessed when they were not in a romantic relationship were associated with the traits and qualities of their romantic partners after they began a new relationship. Suggesting that the available research provides incontrovertible support for or against the idea that mate preferences matter for actual mate selection is therefore largely speculation.”

So, sure, you may find yourself drawn to certain types of people. But that doesn’t necessarily mean that you date them. After all, people are just attracted to whoever they are attracted to. Realistically, people will date who they like. Sometimes, who they like completely matches their “ideal” person. Sometimes, they don’t. Regardless of whether or not the person you are dating matches the person you want to be dating, there must be something there about them. All that matters is you like them and you’re happy. That’s all there is to it.