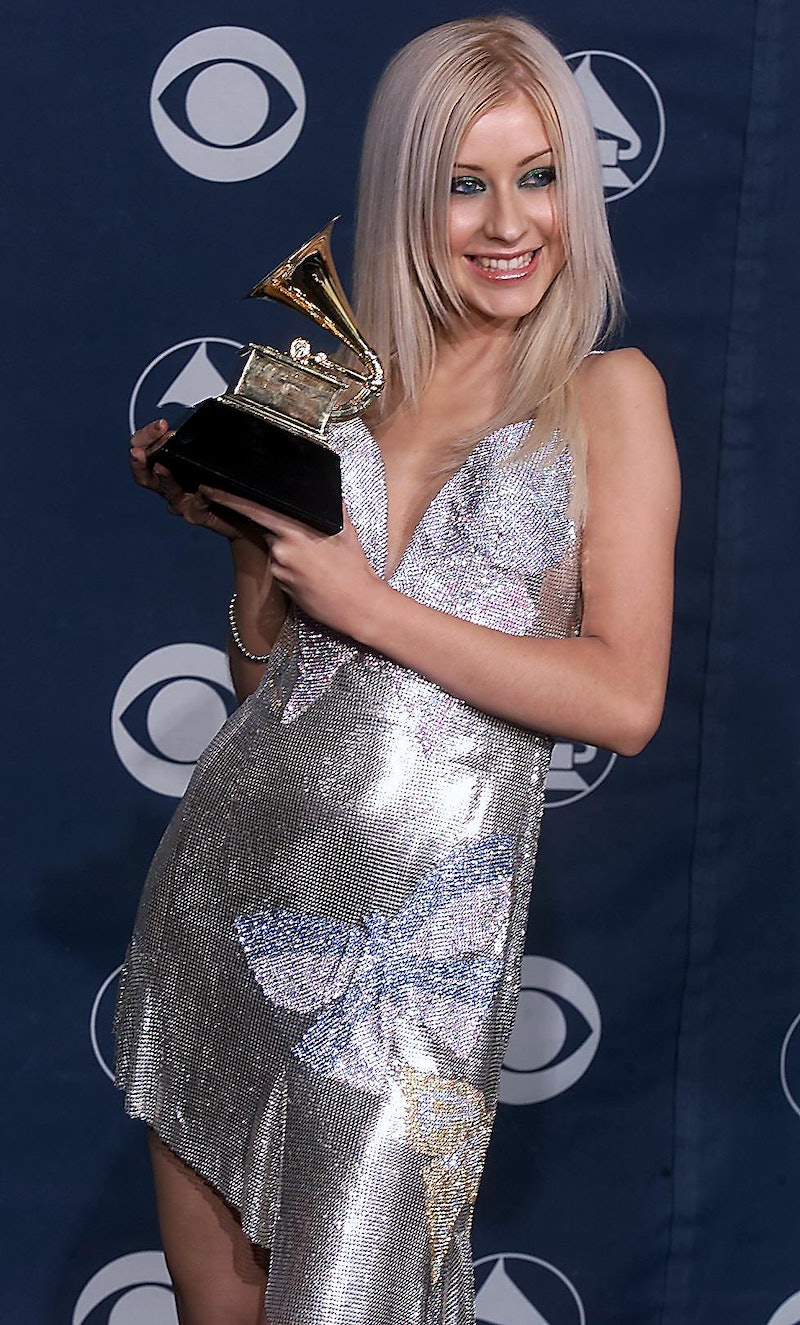 LUCY NICHOLSON/AFP/Getty Images
By Danelle A. Sandoval
May 18, 2015

I think we can all agree that the 1990s and the 2000s were magical, especially as far as fashion and pop stars were concerned. Case in point: Christina Aguilera and her midriffs. From her music videos to award shows, we could always count on Christina to rock a great crop top. Whether it was an embellished halter crop top or a stylish sports bra, Christina was basically the queen of baring her tummy (yes, arguably even better than Britney). If she were to rock the same style again, I would be so OK with it. After all, the '90s are still totally on trend (I see you, Iggy Azalea).

In all seriousness, I'd like to take the time to say that Christina's crop tops have forever inspired my personal style. Let me explain: The moment I saw her on the cover art of her "Genie In A Bottle" single, I knew that this midriff trend would forever stay with me. Sure enough, 16 years later, crop tops remain to be relevant, and an essential part of my wardrobe. I'm basically just as obsessed with them as I was when I was 13 years old.

Even though it's been almost two decades since the beginning of the Christina Aguilera Crop Top era, the chanteuse has forever left a mark in the fashion world with her signature style. And just because her style has evolved from '90s pop babe to modern bombshell, I think we can all still appreciate a good '90s midriff from the diva herself.

As an ode to Christina's trendsetting ways, here's a collection of her best midriff moments:

This marked the beginning of the belly chain trend.

I don't even know what's going on with this lacy crop top, but I like it.

The All In Red Midriff

It's the '2000s version of the salsa dancer emoji.

What a great time to be a Christina Aguilera fan.

The "What A Girl Wants" Midriff

It didn't get more epic than this.

And lastly, this Bodycon Midriff