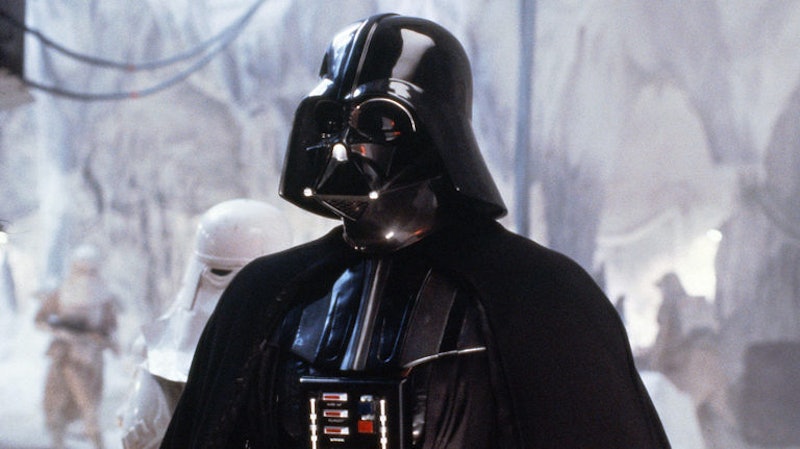 It's fair to say most of the good that came out of the Star Wars prequels came from subsequent parodies. From skewering Jar-Jar to making fun of Hayden Christensen's monotonous sand monologue, the trilogy has laughs (even if they may be unintentional) to offer. Revenge of the Sith might be a less disappointing effort, but the highlight of that film, which turns 10 today, was in the melodramatic moment where Darth Vader realizes he unintentionally rage killed Padme. That's right, we're talking about the Darth Vader "no" meme.

The Darth Vader "no" meme, also known as a "Vader Noooo!" burst onto the scene in 2005, shortly after the film's debut. It started off slow with a sound byte uploaded onto YTMND, but was eventually folded into what the kids refer to as "YouTube poop." Since then, the sad whine has made its way all over the Internet, even spanning to occasional pockets of mainstream television. Accidentally liked your ex's Instagram picture from 28 weeks ago? Darth Vader is right there with you, girl.

So in order to celebrate one of the few great things that came out of Revenge of the Sith, let's revisit the wide range of "Vader Noooo" uses.

Vader Noooo! and the Classics

From Wicked Witch from the Wizard of Oz to Louie from Casablanca, everyone is channelling that Vader angst. It doesn't always hit with the same amount of hilarity, but some of these are pretty great.

An inverted take on the meme. What, it's not like Darth Vader invented the dramatic no, you know? Luke was doing that a solid 20 years before. Although... chronologically, I guess it would be about 20 years after in the film. Whatever.

Vader Noooo! and the Everyday Struggle

Intergalactic Space Hitlers: they're just like us! Watch as Darth Vader implements his unending despair as he loses another round of Jenga, AND finds his cereal to be sans toy. And when his roast ends up a little dry? You won't BELIEVE what happens.

You know how sometimes two memes collide to make another meme that's quasi-remarkable just by being the byproduct of the original two? That's what happens here when Darth Vader melds with Nyan Cat. It is the Frances Bean Cobain of memes.

The Many Fails of Darth Vader, Topped with a Vader Noooo!

Even though Darth Vader is the most badass villain in the galaxy, he DOES get owned a lot during the run of the series. And here's some of those memorable moments, with a Vader Noooo on top.

The Vader Noooo makes a legitimate cameo in the South Park episode "The Last of the Meheecans." The set-up is generally irrelevant, all you need to know is that Randy Marsh is thoroughly displeased by the amount of leaves he has to deal with now.

Vader Noooo! Has Some Troubles on Robot Chicken

Let's just say that trying to get out of that suit when you have to use the bathroom is an ordeal.