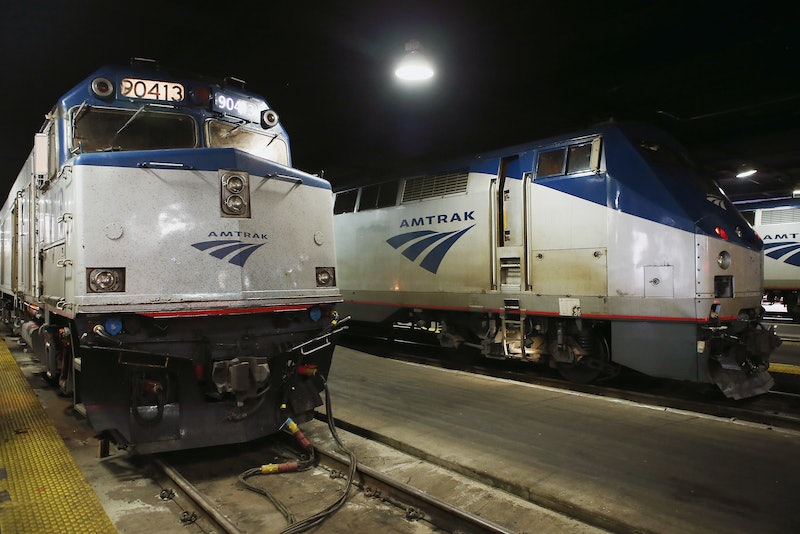 Since Tuesday's harrowing Amtrak crash just outside Philadelphia, which left eight people dead, everybody's been looking for answers as to what exactly went wrong. And amid all the conversation, there's been one recurring notion that keeps coming up, something that relevant authorities believe could've prevented the derailment: what is Positive Train Control?

Well, for starters, it's technology that the National Transportation Safety Board (NTSB) is firmly in favor of, because it's a pretty common sense means of enhancing safety, and potentially saving lives. Here's the basic gist: it's an automated failsafe system that kicks in if it detects a dangerous situation emerging for the train. As CNN detailed, Positive Train Control draws on a number of different methods to monitor safety conditions, including radio and GPS, allowing it to identify if a train is blowing past a stop signal, say, or going faster than is safe for a stretch of track. Basically, if your engineer isn't paying attention and you're going too fast, the train takes care of that for you and hits the brakes. It's a human error failsafe.

Although it remains unclear what happened aboard the train and why — NTSB investigators are still working on that, and the FBI is lending a hand — the train was reportedly traveling nearly twice as fast as it was supposed to when it hit a turn in the tracks and derailed. NTSB member Robert Sumwalt summed it up like this, while speaking to reporters on Wednesday.

Based on what we know right now, we feel that had such a system been installed in this section of track, this accident would not have occurred.

Positive Train Control isn't exactly a cutting technological concept, to be clear — it was first raised by the NTSB all the way back in 1970, according to NBC News. Despite this, it's still pending implementation in a lot of places 45 years later — according to NPR, many sections of the Northeast Corridor already have it operational, but this was sadly not true for Amtrak Train 188.

There's an understandable reason why railway companies might be reluctant to employ the safety system universally, even if they might not seem excusable after such a deadly crash — money, basically. As CNN detailed, Positive Train Control is an expensive proposition. For all commuter and Amtrak railways to have it implemented would cost an estimated $875 million, in addition to billions in upkeep costs in the subsequent two decades.

However, it's also not a matter that's up to them. That's because Positive Train Control is a federally mandated safety measure, with Congress voting back in 2008 (in the aftermath of an even bloodier head-on train collision in California) to require it be up and running by the end of 2015. It's feared that the deadline won't be met, however, as Congress has considered granting an extension until 2020 — a full twelve years after the mandate's passage.