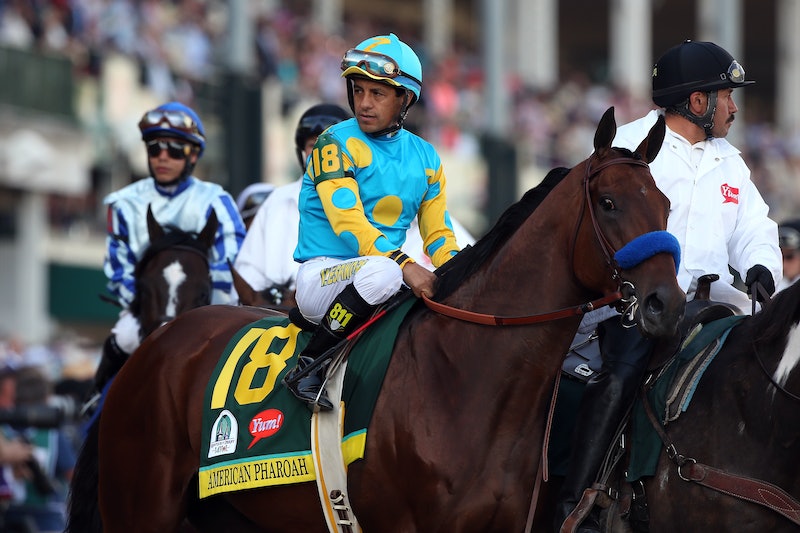 Both the Kentucky Derby and the Preakness are now in the books, and there's still a distinct possibility that we'll get to see history made next month. Running at Pimlico Race Course in Baltimore Saturday, Kentucky Derby winner American Pharoah won the Preakness Stakes, meaning he could become the first winner of the vaunted Triple Crown since 1978. It sets up what's bound to be a hotly covered and highly anticipated Belmont Stakes.

For the unfamiliar, the Triple Crown is considered the apex achievement possible in thoroughbred horse racing. It's refers to a single horse winning three consecutive races — the Kentucky Derby, the Preakness Stakes, and the Belmont Stakes — which have become the highest-profile races in American culture as a result.

The Triple Crown club has always been fairly exclusive — there are a mere 11 horses who've accomplished the feat, the first back in 1919. But over the last few decades, there's been a drought that's left fans desperate to see a new winner. SInce 2000, a whopping six different horses have had their Triple Crown bids ended with a loss at the Belmont Stakes, including California Chrome, who finished third last year to underdog Tonalist.

It'll be a rather historic affair thanks to American Pharoah's jockey, as well. The 42-year-old Victor Espinoza, perhaps the premier rider in horse racing at the moment, has tried his hand at this Triple Crown deal two times before. Back in 2002, he secured wins at the Derby and Preakness while riding War Emblem — trained by Bob Baffert, the same as American Pharoah — only to finish fourth at Belmont. And last year, he was the jockey of the hard-charging California Chrome, who finished third.

It's not as though the race and the jockey are entirely free from controversy, of course — there's a fair line of thinking that horse racing is unethical, and Espinoza in particular absorbed criticism after the Kentucky Derby for how often he used his whip on American Pharoah. According to Yahoo Sports' Pat Forde, Espinoza went to the whip between 29 to 33 times, a number considered far higher than normal.

But wherever you fall on those questions, you can rest assured you're going to be hearing a lot about this as the days tick by towards the Belmont Stakes. If you want to check out American Pharoah's bid for history, it'll be going down on Saturday, June 6.