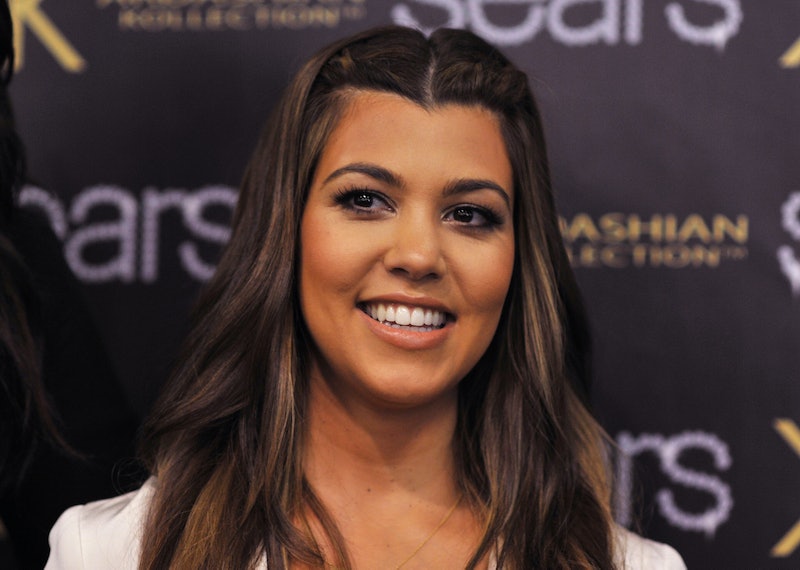 Just call her Kourtney "Kindhearted" Kardashian. On Sunday's Keeping Up With The Kardashians: About Bruce special episode, Kourtney Kardashian learned that Jenner is "for all intents and purposes ... a woman," and Kourtney handled Jenner's coming out with compassion and patience. Kourtney has been a supportive step-daughter throughout this process, tweeting her support after Jenner's Diane Sawyer interview. "Couldn't be a more proud daughter. With courage and bravery, let's change the world. I am honored to stand by Bruce's side and support him," she posted after watching the emotional interview. She then followed that up with another tweet which read, "Elated by the overwhelming support for Bruce's bravery and courage to be himself. Woke up with a smile on my face knowing this will change lives."

That support she showed on social media extended to Sunday's episode, where she was understanding when Jenner revealed his long kept secret. "He was very emotional when talking to me about it. I remember he was just crying, and his biggest concern was that he didn't want to hurt us. I still feel like he hasn't really decided what exactly he's going to do. He just really doesn't have an answer, and maybe he just doesn't know the answer, which is fine. I think he's just kind of taking it as it goes."

But Kourtney is resolutely on Jenner's side, no matter what.

And on Instagram she implored others to be equally kind, while posting another message of support.

Tonight we share a part of the journey we have been on in hopes of helping others in similar situations, or simply to help make the world a less judgmental place. We are all God's creatures and we all have a story. Let's work together to be kind. #family.

When Kourtney and her sisters sat down with Jenner at the end of episode, she aired her frustration that Jenner hasn't been as forthcoming with news of his transition as she would've liked. Sitting on Jenner's couch she gently said, "We should know and should prepare ourselves" while discussing Jenner's reluctance to share details. As things turned to Jenner's appearance, Kourtney admitted she noticed that he got a nose job.

Kourtney has always been one of the more outspoken, honest member of the Kardashian family, and I'm glad she's using her honest voice to support her stepfather during this difficult but exciting time.