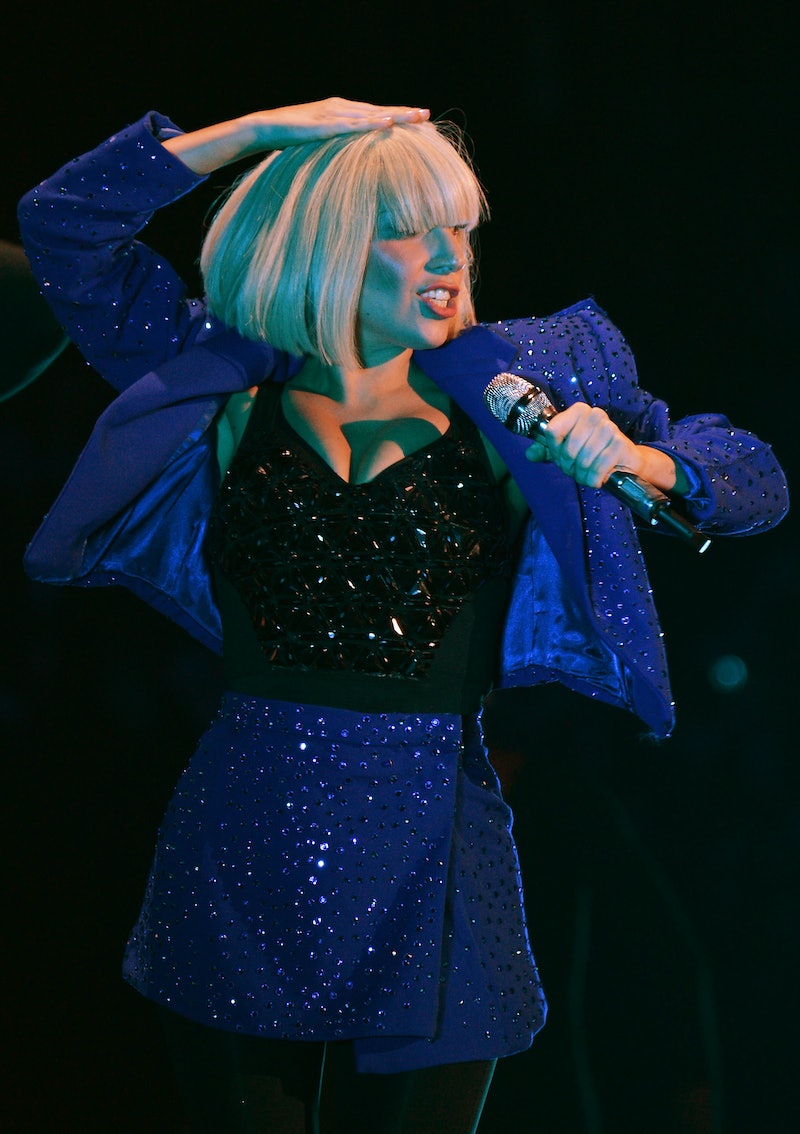 Lady Gaga's been the reigning Queen of Weird of the music industry for what feels like a long time — so long, even, that it's stopped feeling nearly as gloriously weird as it used to. Now it seems we've barely got the energy to even sigh out an "ugh, Gaga" when she wears one of her outfits/contraptions. Still, she's got a new album coming out — and as Gaga's ARTPOP starts getting reviewed more and more, we're starting to wonder: Is it over for Gaga?

Here's some of what the critics had to say:

It's easy to forget amongst the clatter that she's just a pop star, and I mean that in the most brilliant sense of that job title. By calling the album ARTPOP she appears to have set the bar too high in terms of concept, and if her point is to celebrate the vacuousness and malleability of it all then perhaps it should have been called POPART.

The irony of this latest album is that while Gaga is shape-shifting faster than ever, her music hasn't evolved much. ... As pop, the album is a well-executed and entertaining tour of Gaga's tried-and-true tricks. But as art, it falls short when it comes to one basic function: making an impression.

As it stands, ARTPOP is one of the biggest musical disasters from a major artist in pop music history. Think Michael Jackson's Invincible, Madonna's American Life, or Prince's Lovesexy, multiplied by three in the bad factor. Even though Born This Way found Lady Gaga taking herself way too seriously, the good music at least hid her flaws. ARTPOP could very well be the end of Gaga's musical career.

If this album were 10 songs long and Twista hadn't been allowed within a 100-metre radius, we'd probably be calling this the pop album of the year. As it is, it's an album with five excellent tracks, four solid deep cuts, and a few misfires. Inevitably, ARTPOP will be compared to Katy Perry's cautious Prism and Miley Cyrus' uneven Bangerz, and in the main it triumphs with its monster hooks, sheer conviction, and genuine out-of-the-box oddness. She's still the most interesting pop star we have.

The general impression that we're getting? Artpop is ok, it's fine — and it's typical Gaga. But isn't the point of Gaga to be atypical? Even to herself?

It begs the question: When a pop star bangs onto the scene with a thesis statement of trying to be the most interesting pop star around, at what point does being odd become, well, typical? Is she still the most interesting pop star that we have? Or she just the one with the most outlandish couture? Because lemme tell you, I have spent a lot less time these past few months contemplating the depths of Lady Gaga's psyche as I have Miley Cyrus or Katy Perry.

But then again, maybe that's why she's sending herself to space.