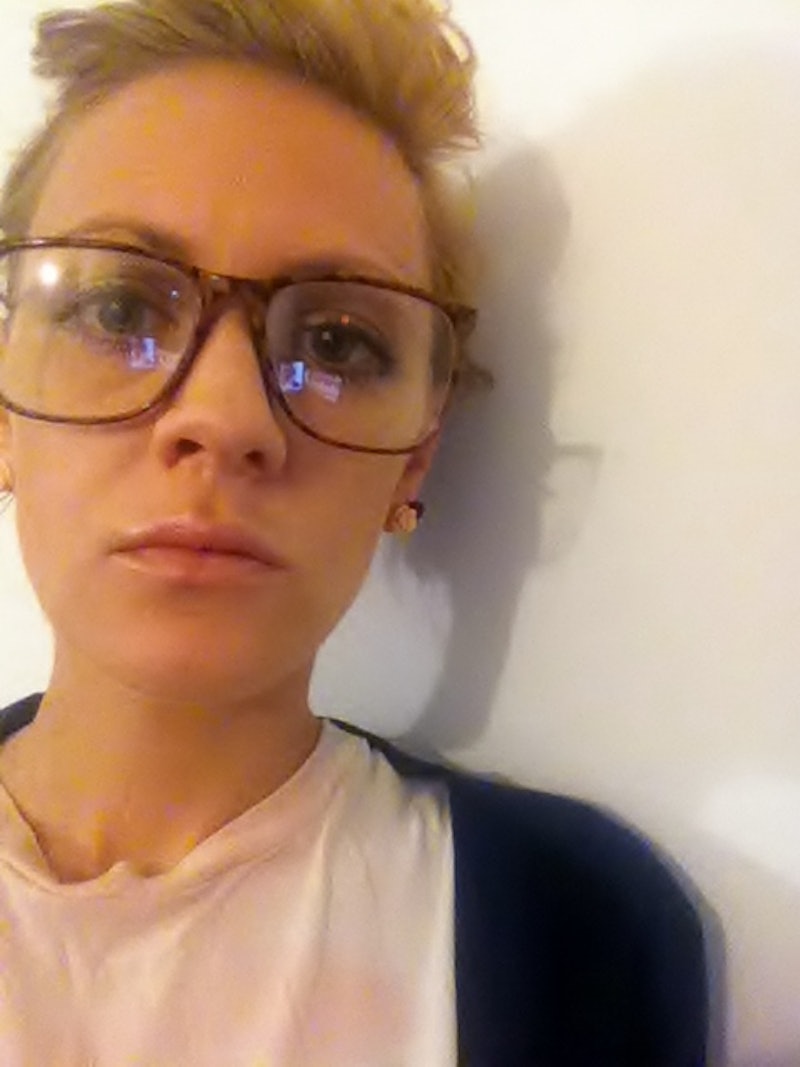 Recently, Buzzfeed ran a roundup of "the 24 most hipster things that have ever happened." After looking through it and thinking "I think I know half these people," I was inspired to create my own version. No, there will be no ladies with knitting machines in the middle of the DMV or mustachioed men riding camels down the street. But I did live in North Brooklyn for a few years—in warehouses, with art collectives, and one time a yurt — so I've seen my fair share of hipster. Here are 24 of the most hipster things that have ever happened to me (of which I have readily available photographic evidence, anyway). Full disclosure: Many — but not all — of these people are my friends. Assume the more obnoxious ones aren't my friends, okay?

3. This purple school bus (within-a-warehouse) that served as a woman's mobile home.

4. The guy who rode around on a bike delivering dumpster-dived foods to people.

This is not really his bike, but it is a bike outside the place I was when he delivered his dumpster diving loot.

6. Whatever is happening here.

That's me on the right, unfortunately.

Too cool for single letters, y'all.

9. This girl playing the ukelele.

It probably only seems uber-hipster to me because she also slept on a mattress in the rafters of our loft and cried a lot.

10. This guy hanging out on top of the fridge at a party.

11. This Les Mis-themed performance art in an efficiency apartment in Bed-Stuy.

13. This woman who bloodied her fingers playing tambourine and kept right on playing.

14. This guy who showed up at a young conservatives gala to DJ dressed like this.

Full disclosure: He was my boyfriend at the time. And, granted, I seem to be dressed like Farrah Fawcett.

16. This naked woman writhing in a kiddie pool full of mud while people looked on disinterestedly.

17. This string quartet playing at a craft beer kegger/fundraiser for an urban rooftop farm.

20. Everything about this guy.

Bonus: This pic was snapped while he was dancing on the rooftop of Brooklyn's McKibbin Lofts.

Which we sold at an underground (literally & figuratively) food market. We listed where Every Single Ingredient was sourced from, obviously.

22. This after-hours party thrown by an old lady in an L.A. strip-mall bar.

You can't tell from this picture, but there were a lot of mustaches on sticks involved.

23. This drone meditation teepee in my friends' backyard.

Okay, fine, it was my backyard too.

Seriously, he's hanging out with DJ equipment in front of rosemary and a yurt. And he's sneering. Is there anything more hipster than this cat?