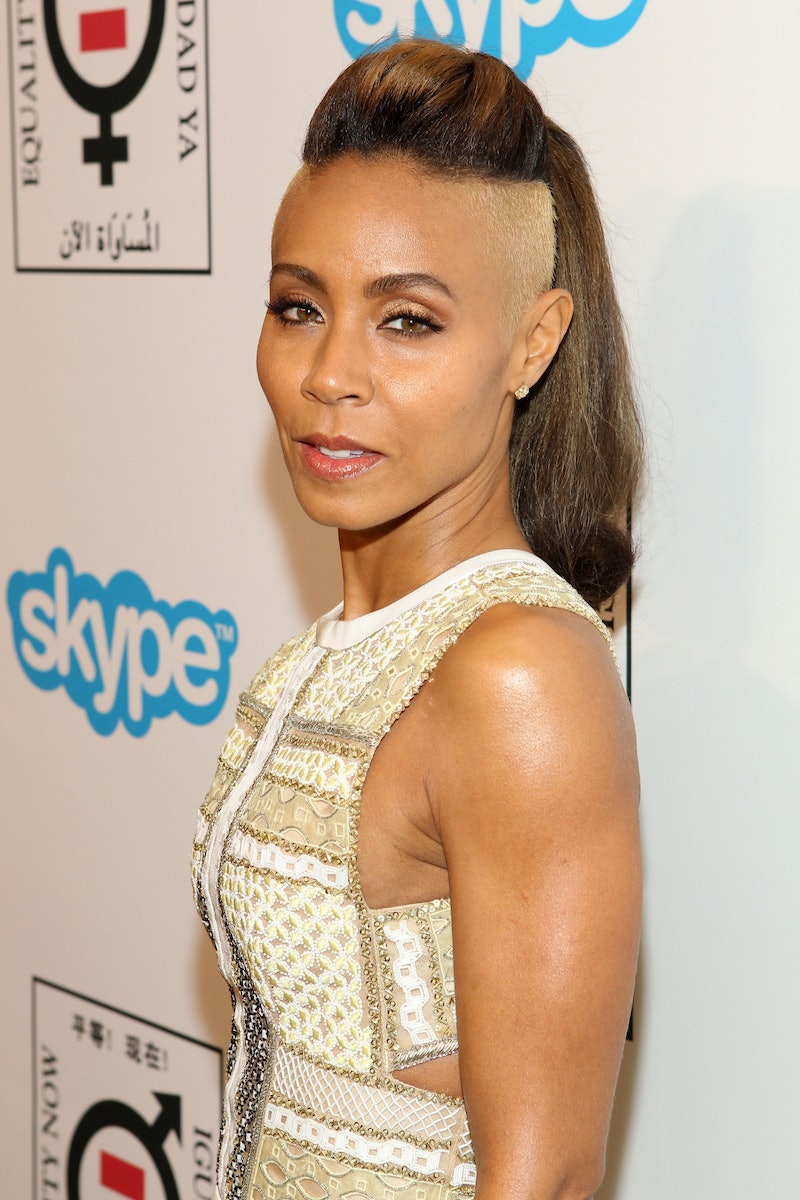 Hollywood has a funny way of overanalyzing the shit out of certain photos of celebrities all in the same of gossip, and this is no exception. At the Equality Reality Gala in LA this week, Jada Pinkett Smith walked the red carpet sans wedding ring, fueling speculation and she and husband Will Smith have officially pulled the plug on their 16-year marriage. According to Perez Hilton, Pinkett Smith is said to have been going ringless for the past three months.

Honestly, I'm skeptical about this — rumors about Will and Jada have been surfacing every now and then for years, with one of the most recent being last month when they were rumored to be "living separately" to test out a trial separation. Only a month before that, they were rumored to be preparing for a divorce, despite the fact that Jada actually said she'd never divorce Will, unless he screwed up majorly. Still, speculation that the two are actually splitting up this time is strong, following a probably totally reliable story from Star magazine claiming that Will is hooking up with co-star Margot Robbie on set in New Orleans.

Still though — there has been no indications from the stars themselves that there's trouble brewing, and, as Perez Hilton also points out, Jada went ringless on the red carpet before in 2011, and the two have clearly stayed together since. Leaving the diamond at home doesn't automatically mean a divorce.

So, in conclusion, rumors are just rumors, and everything is probably fine. Now, let's move on, and enjoy this video of Will Smith and Alfonso Ribeiro dancing to the Fresh Prince of Bel Air theme, "It's Not Unusual" by Tom Jones, and, of course, "Apache (Jump On It)" by The Sugarhill Gang on The Graham Norton Show a few months ago.