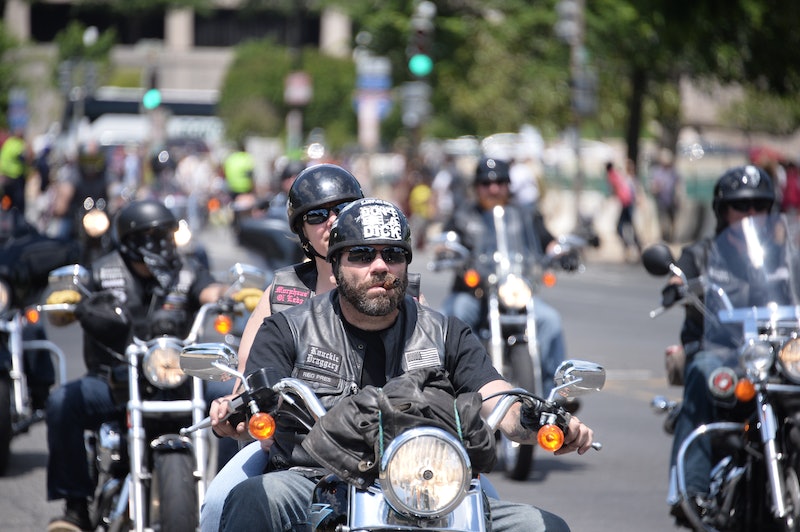 The Cossacks and the Bandidos were the two of the biker gangs at the center of Sunday’s deadly shootout in Waco, Texas, according to the Waco Tribune-Herald. At least five different biker gangs were involved in Sunday's shootout in Waco, Texas. The deadly brawl killed at least nine and injured 18 bikers. Unlike the Bandidos, which are currently the fastest growing motorcycle club in the country and rival the Hells Angels as far as membership size, less is known about the Cossacks. The Cossacks are not a part of the “Big Four” motorcycle gangs which include the Bandidos, the Outlaws, the Pagans, and the Hells Angels. But the exact reasons for the strife between the Bandidos and the Cossacks is unknown.

Two members of the Bandidos, including the president of the Abilene chapter, were indicted back in March 2014 in connection with the stabbing of two Cossack gang members. KTXS reported that Bandido President Jack Lewis and “Sergeant at Arms” Wesley Dale Mason each allegedly stabbed a separate Cossack gang member in the parking lot of the Logan's Road House in Abilene, Texas.

The Cossacks' origins can be traced back to Russia. According to a Deseret News article from 1991, the first chapter of the 8-member biker gang called themselves the Cossacks, only had one bike, and aspired to be the “Hells Angels of the Soviet Union.” According to the gang members quoted at the time, there was ample coverage about biker gangs in the Soviet press at the time, and Hells Angel Sonny Barger, the founder of its notorious rough and tumble Oakland chapter, was seen as representing “true freedom.”

It might be due to its size, its relative newness, or its origins, but the Cossacks haven't garnered the same outlaw reputation in the media as the longstanding Bandidos. Obviously, this might change given Sunday's events. Some Tweeters questioned whether the group had white supremacist ties after tattoos of the Schutzstaffel (or "the SS") emblem, that of Hitler's personal military unit, were spotted on the gang members.

A description of the Cossacks annual Mingus blowout from 2011 from The Examiner sounds like your typical frat party kegger, complete with a wet t-shirt contest and foods and drinks for all. That is, other than the plainly stated “No Weapons and No Attitudes” policy at the very end of the announcement.

Saturday will have plenty of activities to choose from with "bike games – Raffles and auctions – Scavenger Hunt – Food and Fun – T-Shirts and more." Saturday night will bring on two bands; Nikki McKibbin and Wicked Attraction along with a wet t-shirt contest with a $400 min cash prize.

Of course there will be vendors handy with food, drink and everything to make your biking experience the best it can be.

As always, there are No Weapons and No Attitudes allowed assuring a relaxing, fun weekend for all.