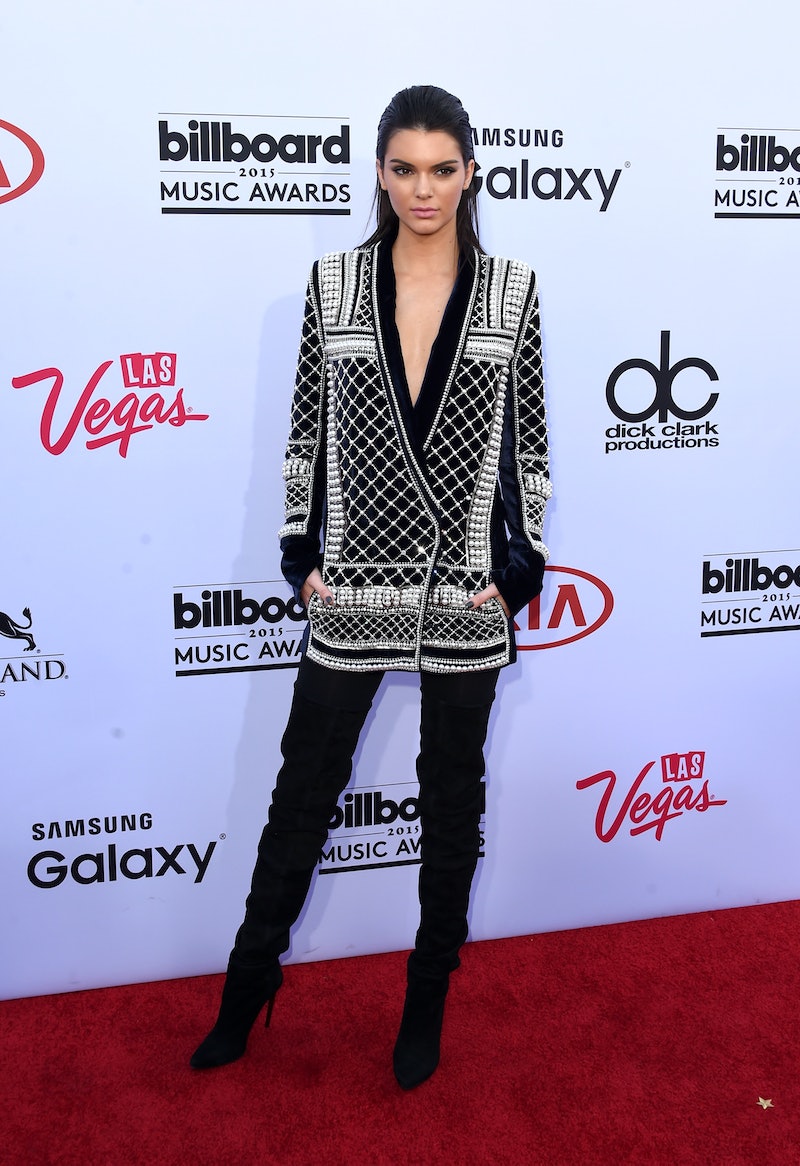 Was it just me, or did your heart seize in your chest when you saw Kendall Jenner's 2015 Billboard Music Awards outfit on the red carpet? Not only was the 19-year-old wearing Balmain, but she was also standing next to Balmain - that is, Balmain's head designer Olivier Rousteing. If that weren't enough to make you go bananas, their appearance on the red carpet preceded a major announcement on the French designer's Instagram: Balmain will be H&M's next designer collaboration. Blessed. We are so blessed.

Balmain is beloved by celebrities like Kim Kardashian, Beyonce, and Rihanna, but so far has been relatively inaccessible to the general public. The H&M collaboration will bring Balmain's signature ornate look to the average consumer, and like most H&M collabs, it will fly off the shelves as quickly as it comes.

But there's more: The Balmain for H&M collection will include the exact outfits that Kendall and fellow model Jourdan Dunn wore on the red carpet at the Billboard Music Awards. In other words, now that you're totally obsessed with the look, you're going to have to start saving for it.The price point of the collection will likely be on par with the usual H&M designer collections, but by the looks of what Kendall and fellow model Jourdan Dunn are wearing, it might be worth every penny.

Here's the announcement from the French fashion house's Instagram page:

The collection will be released on November 5, 2015. We can get through the waiting period together, guys.