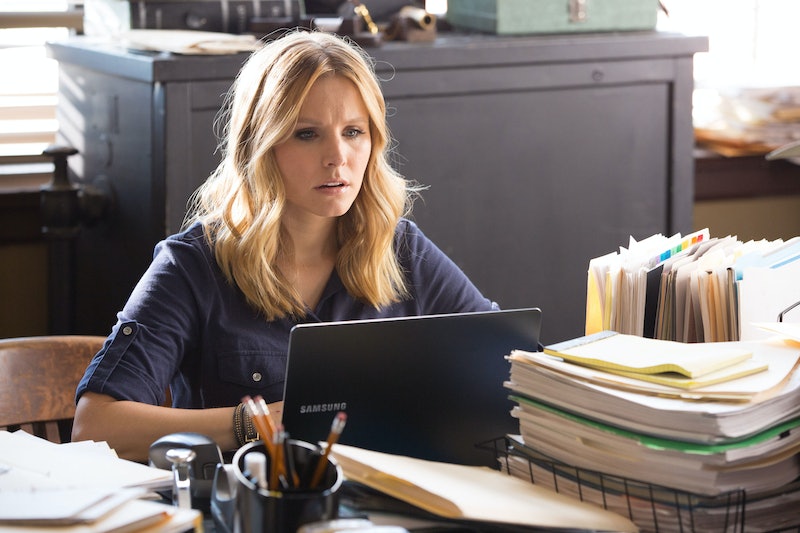 Kickstarter donations (and a lot of help from the original cast and producers) helped bring back the painfully short-lived TV series Veronica Mars for a movie version in 2014, and it was a dream come true for Marshmallows everywhere. The movie answered so many questions that fans had after the series was tragically cancelled in 2007, from who Veronica ended up with to what happened after Veronica and Piz's pseudo "sex tape" hit the Hearst College gossip grapevine.

It turns out that quite a lot happened: Veronica left Hearst College, Logan, and even Piz to create a new life for herself at her dream school Stanford. Appeasing the small-but-vocal and proud members of Team Piz, Veronica and her college beau reconnected years later, only to have Veronica sucked back into her life in Neptune (and her life with Logan) for yet another twisted mystery eight years later. And, as good as it was, it wasn't enough.

Lynn Returns From The Dead

Logan's mother's suicide was always rather suspicious. Yes, technically, Veronica discovered that Lynn did throw herself off a bridge, but, as with everything on Veronica Mars, nothing is ever as it seems. Creator Rob Thomas told TV Guide that Lisa Rinna's character did meet her demise, but that might be because there were simply too many mysteries to tackle on the series that the show didn't have time to explore another option for poor Lynn. A fascinating topic for a sequel would be where Lynn has been for all of these years, and whether it was more than just her husband's infidelity that led her to fake her death.

Keith is the best, but he's made more than his share of enemies as both a private investigator and as Sheriff. Veronica having to solve her own father's kidnapping would be a mystery almost as personal as her best friend's murder from Season 1.

Veronica Goes Back To The Castle

"The Castle" was a secret society at Hearst College that came full circle with Season 1 when it was revealed that Jake Kane was a member. The Castle was filled with scary dudes, including one son of a big-time mobster who threatens Veronica until Logan decks him. A murder involving members of The Castle would certainly be interesting to dig into, not to mention connect the new movie to a Season 3 plot point.

Veronica's Mom Gets Into Trouble

Lianne's main purpose on the series seemed to be disappointing Veronica, but she's also one of the few people that Veronica seems to give unlimited chances to win back her trust. Lianne is a troubled woman, and her years away from her family could have brought her a whole slew of problems. If Lianne found herself in any sort of legal trouble — like, say, being framed for a crime she didn't commit — she'd still go straight to Veronica to fix it.

Duncan went to Australia to escape Meg's monstrous parents, but there are plenty of people who would want to hurt Duncan. Not only did he take his son away from her mourning (if also awful) grandparents, but he also had Aaron Echolls killed for murdering his sister. Someone could want to punish him for that, and taking away baby Lilly would be one way to do it.

Mac Gets Arrested For A Cyber Crime

Mac joined Kane Software, which means that she's in business with some often less-than-ethical people. If a cyber crime happened, the brilliant computer wiz could be the scapegoat for a crime she definitely didn't commit.

Logan Goes Missing... On The Night Of Their Wedding

Come on — you knew their wedding couldn't go that smoothly, right?

More like this
Everything To Know About 'My Big Fat Greek Wedding 3'
By Grace Wehniainen
Emma Thompson, Lashana Lynch, & Stephen Graham Lead Netflix’s 'Matilda'
By Sophie McEvoy
Why You Loved 'One Tree Hill' So Much — And Still Do
By Sabienna Bowman and Radhika Menon
Neil Patrick Harris Will Play 'Doctor Who's “Greatest Enemy” Yet
By El Hunt
Get Even More From Bustle — Sign Up For The Newsletter