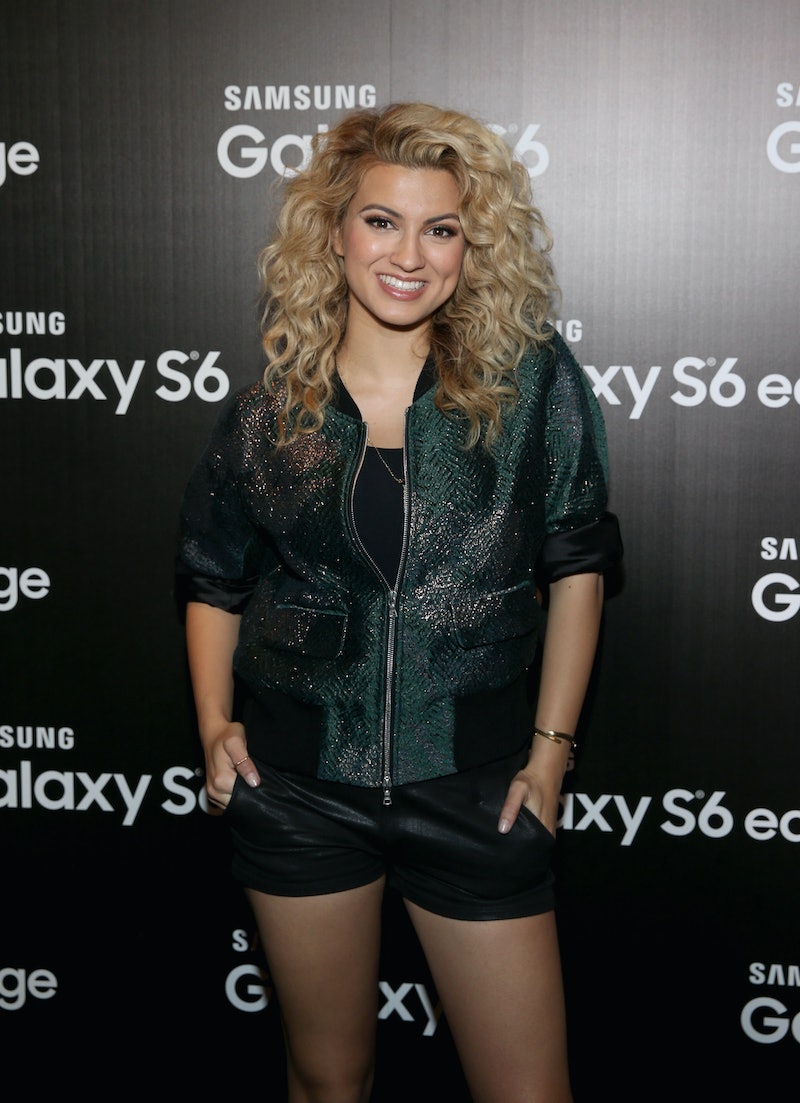 On Sunday night, up-and-coming pop singer Tori Kelly performed her debut single, "Nobody Love," at the 2015 Billboard Music Awards — and she absolutely killed it. As soon as the 22-year-old California native left the stage, the Internet lit up with enthusiastic praise from fans and celebrities alike. Of course, if you've been a Kelly devotee since the beginning, this probably doesn't surprise you. I mean, she's awesome. Duh. However, if the BBMA performance was your introduction to the über-talented singer, you may be wondering: "Who is this young woman? Where did she come from? And how can I hear more??" Don't worry, I'll fill you in.

Kelly got her start posting cover songs on YouTube in 2009. According to a 2013 American Songwriter interview, it was Kelly's fantastic version of Frank Ocean's "Thinkin Bout You" that caught the ear of hotshot music manager Scooter Braun (Justin Bieber, Ariana Grande, Carly Rae Jepsen, etc.). Braun eventually signed Kelly, and now, she has a recording contract with Capitol Records.

She's already released two EPs, but Kelly's first full-length album, Unbreakable Smile , doesn't drop until June 23. She worked on the upcoming project with pop super-producer Max Martin (Katy Perry, Britney Spears, Taylor Swift) and hit songwriters Savan Kotecha (One Direction) and Toby Gad (Beyoncé). Trust me, you're going to want to check it out when it arrives next month.

Watch Kelly's BBMA performance of "Nobody Love" below.

Here are some of Kelly's celebrity admirers:

At this point, I think we can all agree that Kelly "killed it."

Dancing with the Stars' Mark Ballas

You can pre-order Unbreakable Smile on iTunes now.

More like this
Cara Delevingne Finally Addressed *Those* BBMAs Pics With Megan Thee Stallion
By Brad Witter
The Best Memes & Tweets About Beyoncé’s Surprise “I’M THAT GIRL” Video Teaser
By Brian Anthony Hernandez
Bridgerton’s Simone Ashley Stars In ODESZA's "Love Letter” Music Video
By Radhika Menon
An Ultimate Guide To The Music Of 'Rap Sh!t'
By Brad Witter
Get Even More From Bustle — Sign Up For The Newsletter