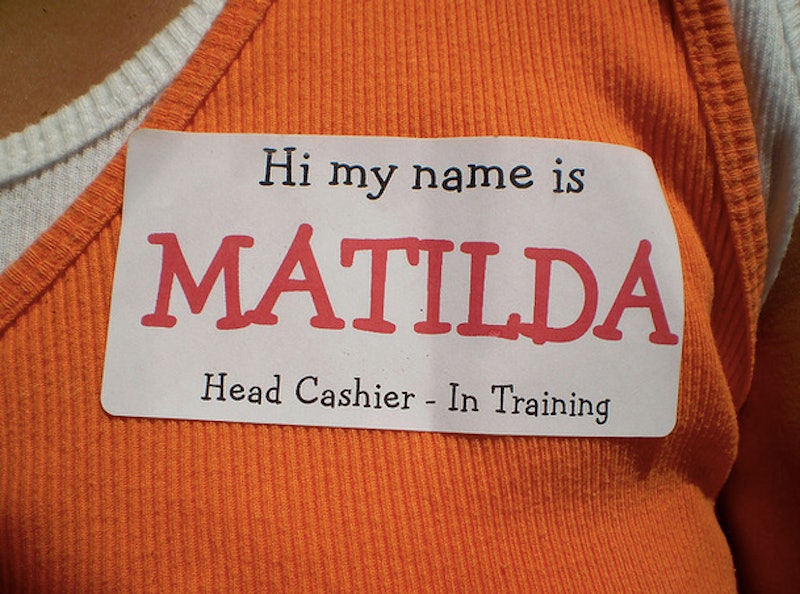 You'll often hear people say, "I'm SO BAD as names," and very often, that person is me. I totally empathize with this memory malfunction because I, too, have quite a deficiency when it comes to recalling names even minutes after I heard it for the first time. A lot of people use mnemonic devices to remember names, but why does it happen in the first place? Apparently science can explain why people can't remember names. A lot of it has to do with rapidly filling and completely limited short-term memory. Related: Frequently the loss of memory stems from lack of interest. That means a whole mess of us are jerks, which might not be entirely off base, but I digress. It's not heard to learn how too remember names—it just takes a little effort.

Apparently, considering the way human brains work, we're way more likely to commit any number details about a person to memory—just not their names. Like occupations, unusual hobbies, etc. come to mind far more easily than the somewhat arbitrary name their parents randomly assigned them at birth. That actually makes total sense. Imagine you see a French press for the first time and are told it makes coffee. You're probably going to remember its function before you remember its incidental title (seriously, what's so French about those anyway?) because it's relevant.

Get it? Anyway, this doesn't have to be forever. It can be fixed. Here's some tips on remembering names when meeting new people:

Basically the definition of easier said than done. Turning your brain on and yanking consciousness from other important matters like dinner is essential. Usually, we don't remember names because we aren't focused.

Repeat their name a few times

It doesn't have to look like a nervous tic and with enough practice slash finesse, it won't. In the meantime, even if you look a little silly, the reinforcement will help wedge the connection between their face and name more permanently.

Help others remember your name

Not only does this give you good name memory karma (or at least this is true in my not-always-right brain), it's polite and sets a good example. Like when I meet people—and I could work on the clever component here—I tell them I'm "Beca Grimm: One c, two ms." It's the opposite spelling you'd guess so that not only helps in that arena, giving a new acquaintance a little device like that can really help it stick.

Scope out this new video which lays out four more very important rules so you, too, can be a champ at remember others' names:

Not too impossible, right... buddy? Pal? Friend-o'-mine? Guess I could keep on the coaching a little longer yet...