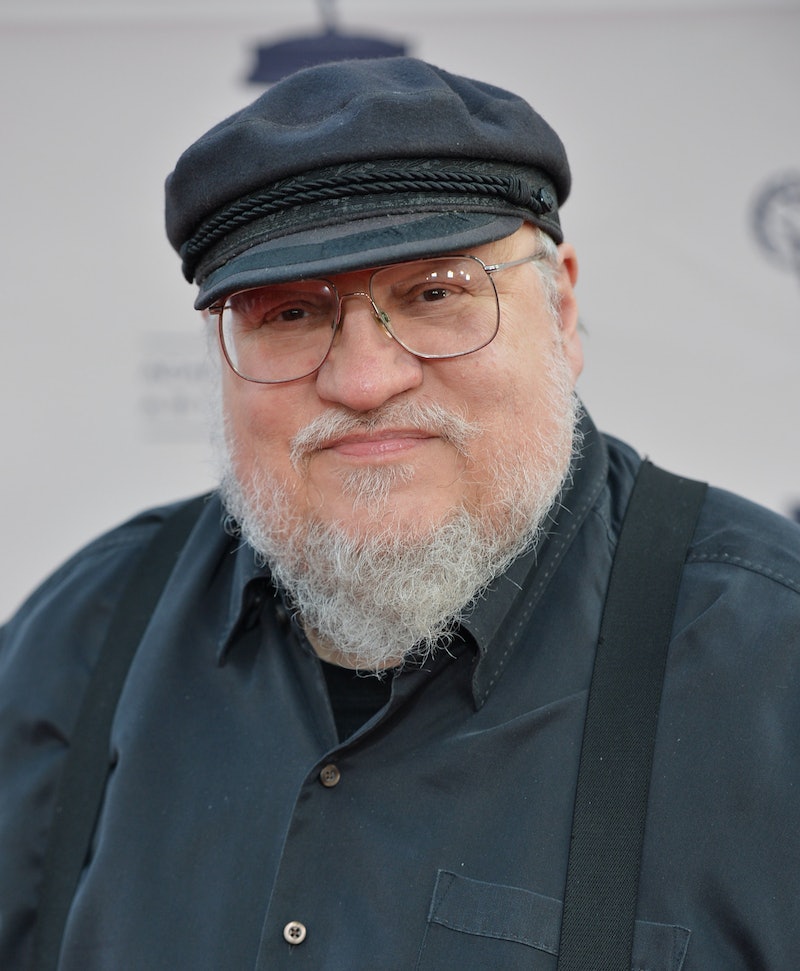 Last night's Game of Thrones may have been the malicious straw that broke the camel's back for many of the series' loyal fans. (SPOILERS AHEAD) In “Unbowed, Unbent, Unbroken,” Sansa Stark is wed to Ramsay Bolton and what follows the ceremony is a grim, shocking travesty. Ramsay demands that Sansa consummate their marriage and when she starts crying, he rips her clothing off and forces himself on her. All the while, the groom has ordered Sansa's childhood friend Theon Greyjoy, otherwise known as Reek, to stand and watch as Ramsay rapes Sansa. Through his tears we hear the sounds of Sansa crying and shrieking in pain. Game of Thrones has had more than its fair share of violence and abuse and the final scene of last night's episode made it feel outright excessive. George R.R. Martin, who wrote the novels the show is based responded to fan outrage over Sansa's rape and his words are frankly pretty disappointing.

If you take one look on Twitter, you'd see that fans are horrified over what happened to Sansa. However, rather than directly addressing the gruesome act, Martin seems to miss the point: He responds to the criticisms that Ramsay and Sansa's wedding night didn't happen like that in the books — it turns out he did something far uglier to a less central character. Martin took to his personal blog to address "Unbowed, Unbent, Unbroken":

The show is the show, the books are the books; two different tellings of the same story … There have been differences between the novels and the television show since the first episode of season one. And for just as long, I have been talking about the butterfly effect. Small changes lead to larger changes lead to huge changes...Prose and television have different strengths, different weaknesses, different requirements. David and Dan and Bryan and HBO are trying to make the best television series that they can … but all of us are still intending that at the end we will arrive at the same place.

There's no arguing here that the books and the series have splintered for varying artistic reasons. However, it misses the mark in addressing the outrage about Sansa being sexually abused. Entertainment Weekly spoke to series producer Bryan Cogman about the episode and his response is even more jarring:

This is Game of Thrones...This isn’t a timid little girl walking into a wedding night with Joffrey. This is a hardened woman making a choice and she sees this as the way to get back her homeland. Sansa has a wedding night in the sense she never thought she would with one of the monsters of the show. It’s pretty intense and awful and the character will have to deal with it.

I sincerely disagree with this statement — when you watch the scene, the notion of "choice" dissolves in Sophie Turner's tears.

Both Martin and Cogman are dismissive of the issue here — people are upset that a woman was sexually abused. The response seems to be, "Well this is the show and now Sansa Stark has a stronger story." There are thousands of ways to make a character and a series compelling without having to humiliate and dehumanize her with sexual force. Come on, Game of Thrones, you should know better than that.