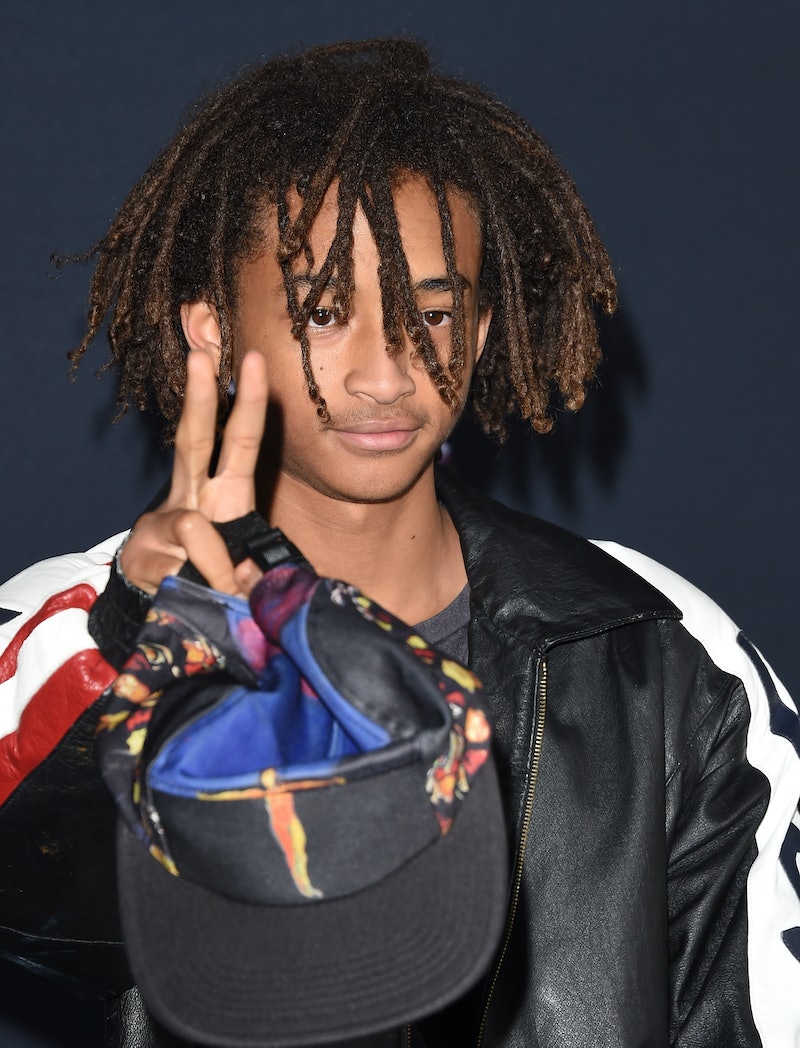 Either Jaden Smith really loves FOX's Gotham, which his mom, Jada Pinkett Smith starred in during Season 1, or he has an obsession with Bruce Wayne. Last weekend, Jaden Smith went to prom as Batman. Yes, you read that correctly. The son of Will Smith channeled his inner caped crusader for one of the biggest night's ever for high school students. Actually, he started out in the traditional tux with his... uniform on underneath, but then transformed fully into Batman later on in the evening.

Smith's prom date and others shared photos via social media of his Batman attire, which you know had to have been the talk of the dance. If anyone can make a fashion statement, it's Smith. It also looks like his date loved the costume and had a blast with him. She wrote on Twitter, "thankful for you" and "couldn't have asked for a better night. except for a sturdy dance floor and some air conditioning thanks J."

Funnily enough, this isn't the first time Smith has dressed as Batman. Because it was such a lavish affair, Smith went as Batman to Kim Kardashian and Kanye West's wedding. If that wasn't enough, he also wore his famous attire at Comic-Con 2014. Apparently, Smith really, really, really loves Batman.