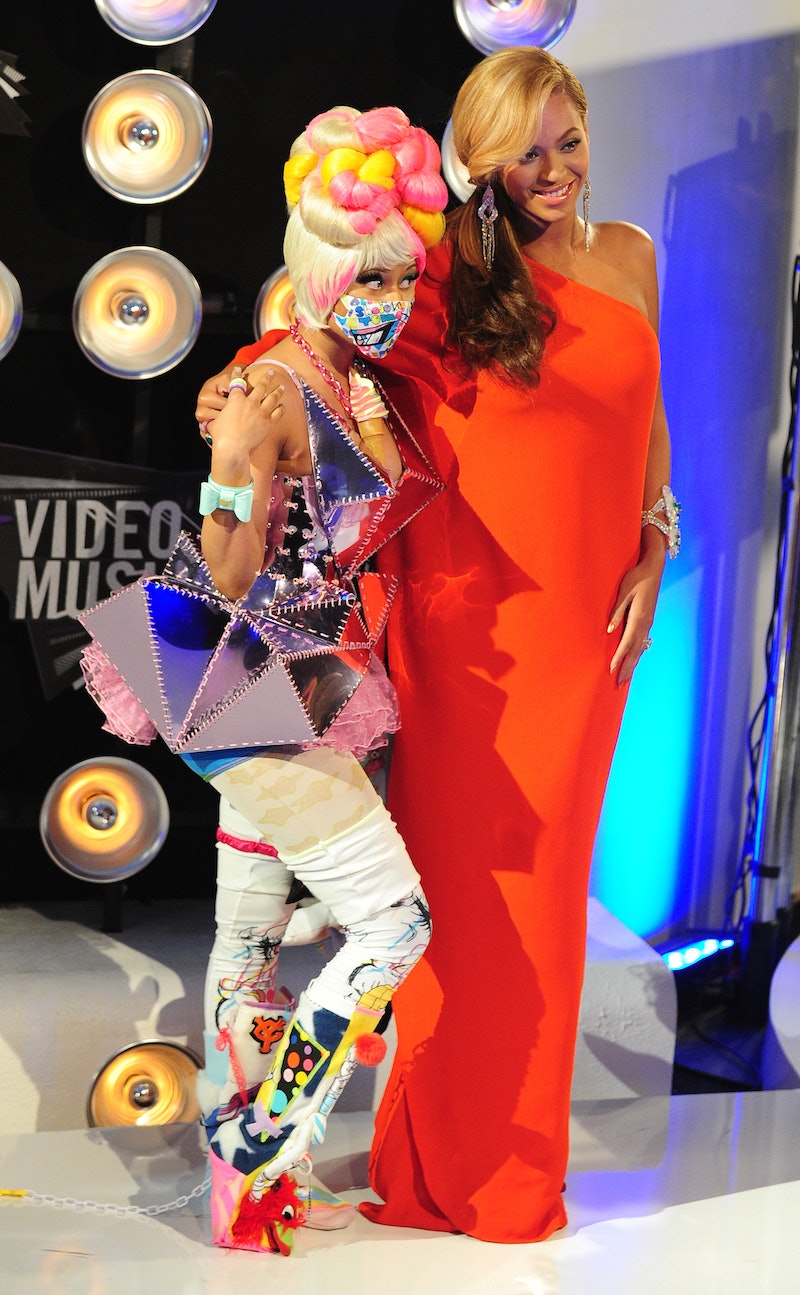 If you're a Nicki Minaj and Beyoncé fan, then your Monday is about to get much better. Beyoncé and Nicki Minaj released their "Feeling Myself" music video on Tidal, Jay Z's music streaming service. As much as this is good news for fans of the two who've been waiting to see the video in full, if you aren't a Tidal subscriber you cannot watch it in its entirety. With that said, there are some photos to look at, along with a 30-second clip on Tidal's homepage.

In that short 30 seconds, you get to watch the two eat hamburgers, chill in bathing suits, dance like crazy, laugh like friends do, and make fake mustaches with their hair. Basically, it's everything fans have been waiting for. Again, those who don't have Tidal are probably going to be upset they can't watch the full video. However, it looks like a full version of the video has been uploaded on YouTube, which you can watch here for the time being.

How many more subscribers do you think Tidal will gain now that this video has been released? Will fans be able to resist? We'll have to wait and see. For now, enjoy these photos and videos of "Feeling Myself," which will probably become everyone's favorite summer jam.