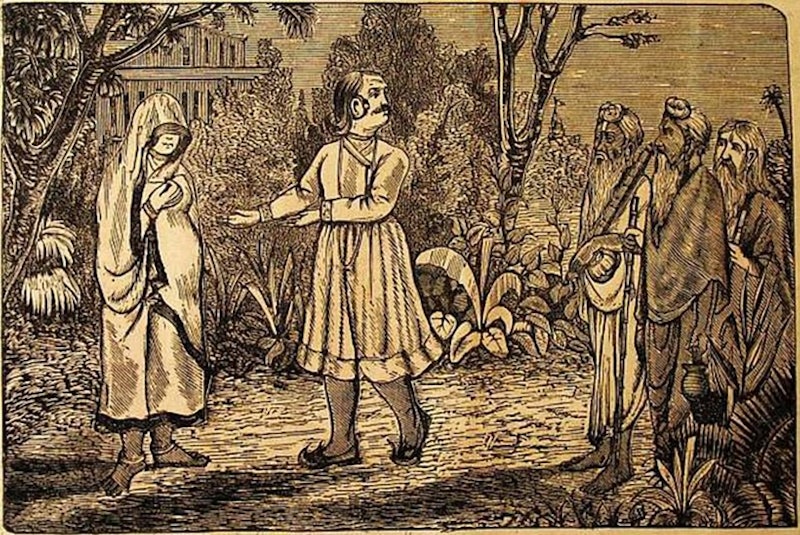 Even though it's often treated as a taboo topic, having a miscarriage is more common than you may think. It is commonly estimated that between 10-20 percent of all confirmed pregnancies end in miscarriage, 80 percent of which occur in the first 12 weeks, or first trimester. The "confirmed" bit means that the women have taken a test and know they're pregnant — if you count all miscarriages, including those of women who don't even know they're pregnant yet, the miscarriage statistics are actually around 30 percent.

Most first trimester miscarriages occur because the fertilized egg isn't viable — often, scientists believe, because there are problems with its chromosomes. Other possible causes of miscarriage include maternal age, long-term health problems like diabetes, polycystic ovary syndrome, use of certain medications, obesity and cervical problems; the list is kind of long.

But you know what doesn't cause miscarriages? Jumping up and down, having a bad scare, swearing, lifting heavy things, being too emotional, possession by demons, or looking at the moon. Unfortunately, rather a lot of historical societies begged to differ. Humans have been coping with miscarriage for all of our history — but our attempts to make sense of them have been a very weird, sad and mother-blaming ride.

So while we still may suffer miscarriages far more often than anyone would like, we can at least be comforted by the fact that nowadays, nobody's going to blame a woman's miscarriage on her "violent" emotions, or ask whether anybody sinful touched her on the stomach lately.

The Hebrew Bible doesn't mention miscarriage much — except for one particularly nasty part, when a husband believes his wife might have been running around on him. The trial to determine her faithfulness? She must drink a concoction of "bitter water" (presumably some kind of herbal production) and wait. If she then miscarried, she was unfaithful; if she didn't ,she was true. Miscarriage as punishment for infidelity? Now that's just mean.

When ancient medical records discuss miscarriages at all, it's often in terms of prevention. The ancient Egyptians appeared to have had a particularly interesting method of preventing pregnant women from miscarrying: they used tampon-like "plugs". It's already known that women in ancient Egypt used soft rolls of papyrus as tampons during periods, but they also seemed to have a miscarriage prevention function. The "Isis knot" symbol associated with the goddess Isis is hypothesized to have been a plug of this kind, which the goddess used while pregnant with Horus to prevent miscarriage.

Another way of preventing miscarriages in ancient Egypt? Amulets in the bits. Seriously. A magical manual from the era recommends saying protective spells (often invoking Isis herself) over small objects that were then placed either in the anus or the vulva in order to ensure a healthy pregnancy. Do not try at home.

The ancient Greeks believed in all kinds of possible causes for miscarriage. Unfortunately, basically all of them are nonsense. Heavy lifting was a common one, as was the belief that a "smooth womb" or a uterus that was compact, flatulent or loose, couldn't hold onto a baby. Greek women were also thought to risk miscarriage if they fainted, got scared, had basically any emotions at all, or ate pungent or bitter foods.

They did get one thing right, though: they knew that changes in the breasts could signal miscarriage. This is still considered a sign of miscarriage today — particularly when the breasts lose tenderness — though the medical community has pointed out that loss of breast tenderness doesn't always mean the worst. The Greeks got really specific about interpretation, though: they believed a deflated right breast in a woman carrying twins meant the male baby had died, and if the left went down, the female had gone.

There are several charms and chants to prevent miscarriage included in the Atharva Veda, a sacred Hindu text written between 1500 and 1000 BC in Sanskrit. One is pretty positive: "As this great earth conceives the germs of the beings, thus shalt thy embryo be held fast, to produce a child after pregnancy!" Another, however, contains the belief that miscarriages didn't actually have anything to do with the body of the mother at all: rather, they were the fault of a class of evil spirits called the Kanvas.

The charm is full-on. "The blood-sucking demon, and him who tries to rob health, Kanva, the devourer of our offspring, destroy, O Prisniparni, and overcome! These Kanvas, the effacers of life, drive into the mountain; go thou hurrying after them like fire, O goddess Prisniparni! Drive thee far away these Kanvas, these effacers of life! Where the dark regions are, there have I made these flesh-eaters go."

Pregnant women of the Middle Ages had a lot of contend with. The ideas of Hippocrates, who thought that women could induce a miscarriage by jumping up and down violently or standing on a shaking ladder, were still prevalent; but increasingly, women's pregnancies were regarded as a highly morally and physically sensitive time in which anything the woman did or didn't do could prompt a miscarriage.

Anything that a woman carrying a baby could do was believed to influence her baby's health and likelihood of survival, but the primary concerns were emotional. If a pregnant woman blasphemed, her baby might be born alive but would probably be deformed, while a startled, upset or frightened woman would definitely miscarry. And pregnant women were never allowed to be godmothers to newborns, because superstition dictated that one of the babies would die.

Some of the blame for miscarriages in early modern England was spread to men: Nicholas Culpeper, a physician and herbalist, believed that miscarriages were caused by sperm that was "weak." But the rest of the things believed to cause miscarriage will by now seem familiarly ridiculous: fevers, fainting, sneezing, being conceived under bad stars, being smacked on the belly, experiencing severe emotions, traveling in a carriage, carrying a heavy bag, or doing basically anything except sitting in serene stillness for the entirety of the pregnancy.

Of course, you could take poultices, according to midwife Jane Sharp, to keep a child safely to the end of term. This involved making a concoction out of camomile, white bread, cloves and wine and smacking it on the pubis. However, it was also seen as dangerous to even touch a pregnant woman, just in case they miscarried and you got sued. A man was sued in 1655 for causing a woman's miscarriage because he "laid his hand upon her belly and gripping it fast in his hand".

Unsurprisingly, the Victorian era in England was the golden age for truly ridiculous constrictions on pregnant women and their delicate stomachs. A Victorian physician estimated that 20 percent of the pregnancies he saw ended in miscarriage, which may seem similar to today's statistics — but remember that they didn't have pregnancy testing back then, and the physician was only attending to the pregnancies of the healthy and wealthy, so the total numbers of miscarriages occurring were probably far higher.

The Victorian era was also a serious time for development of new leisure activities, but the new occupations for women just meant a bigger list of stuff pregnant ladies couldn't possibly do. Women who were pregnant, according to one guide of the time, were advised against "overreaching to hang a picture, taking a warm bath, riding a bicycle, sleeping with the arms above the head, having a tooth extracted, being excessively happy, running a sewing machine by foot, lacing a corset too tightly, washing clothes, bathing in the ocean, not bathing in the ocean..." The list goes on.

Corsets themselves were probably the cause of a few pregnancy-related ailments in their time, of course. But we're hampered from knowing the full impact they made because Victorians were pretty squeamish about discussing lady-bits and the things that went awry with them, cloaking medical reports about women's reproductive issues in hazy language. Ewww, women's business, am I right?